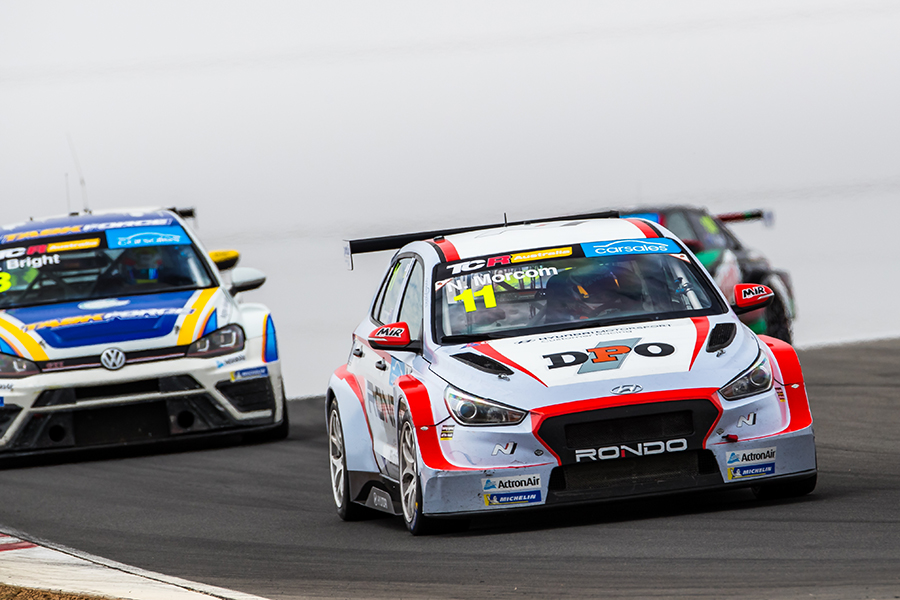 Morcom wins the last race and D’Alberto is vice-champion

Nathan Morcom finished in style HMO Customer Racing’s triumphant season, as he claimed his maiden TCR Australia victory in the last race at The Bend. And so he became the ninth different race winner in the championship’s inaugural season, climbing to fourth in the final standings that are topped by his teammate Will Brown.
Tony D’Alberto secured the runner up spot as he repeated the fifth place achieved in the previous race, while his rival Aaron Cameron was slowed down by an engine issue during the final laps and had to settle in third position. Dylan O’Keeffe, who was the third contender for becoming vice-champion, did not even take the start after his Alfa Romeo Giulietta retired with brake problems in Race 2.
Chris Pither drove his Renault Mégane to the second place in the race claiming his first podium result, while Brown finished third ahead of André Heimgartner who scored the best result for the Kelly Racing Holden Astra.
At the start, Jordan Cox jumped into the lead from P3 on the grid ahead of James Moffat, Brown and Morcom, while Cameron who sat on pole took a bad start and found himself in fifth before dropping two more places behind Pither and Heimgartner.
In lap 3, Morcom passed Brown for P3 and began to chase Moffat who eventually retired in lap 6 with a technical issue. Halfway through the race, there was a close battle for the lead with Cox closely followed by Morcom and Pither, but all of a sudden Cox went off and Morcom inherited the first place.
During the final laps, Pither tried to get close enough for attempting an overtaking manoeuvre, but Morcom didn’t leave him any opportunities. Behind the two leaders, Brown and Heimgartner held on to the third and fourth positions, while Cameron’s Volkswagen dropped further and D’Alberto advanced to fifth securing the second position in the championship.
At the end of a troublesome weekend, Aurélien Comte finished a respectable eighth in the debuting Peugeot 308, followed by the CUPRA of Tim Brook.