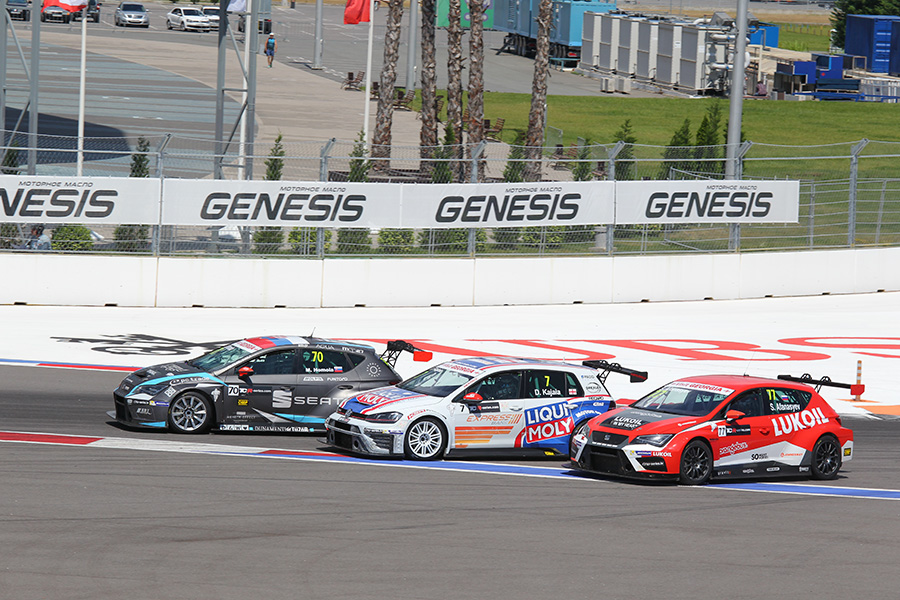 After the 30-second penalty imposed to Dušan Borković for not respecting the track limit in Race 1, other time penalties hit James Nash, Davit Kajaia and Mat’o Homola.
10 seconds were added to Nash’s elapsed time in Race 1, as he was deemed responsible for hitting Jean-Karl Vernay’s car, dropping the Frenchman from fourth to tenth; as a consequence, Nash was demoted from fourth to eighth. This also cost him the leadership in the championship classification that now sees Stefano Comini in the lead with 168 points ahead of Pepe Oriola (167), Nash (161), Vernay (146) and Homola (145).
Kajaia received a 30-second penalty for repeatedly trespassing the track limits in Race 2, which demoted him from seventh to 11th.
As for Homola, he was given a 5-second penalty for being in a wrong position at the start of Race 2. This dropped him from eighth to ninth.