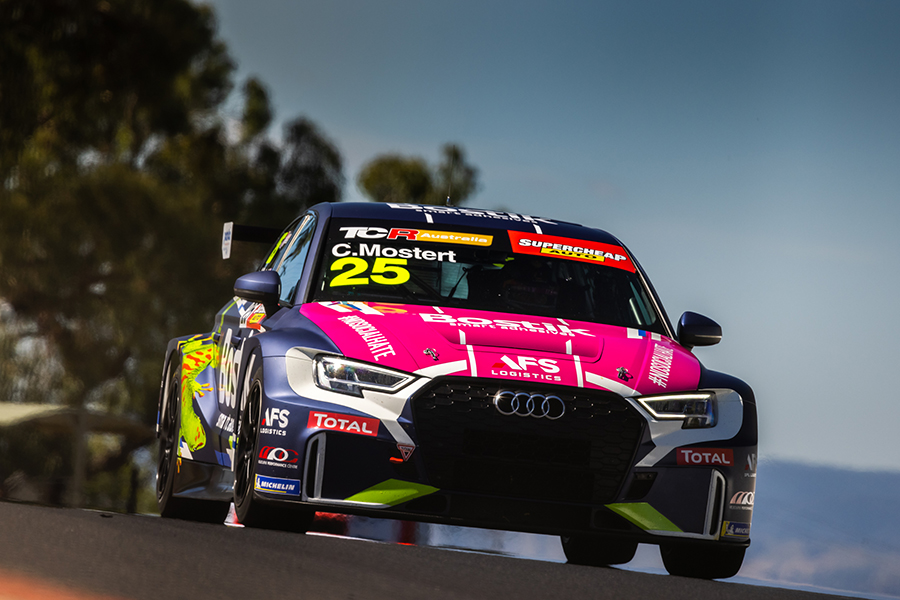 Mostert beats Cameron in a thrilling Race 1 at Bathurst

Chaz Mostert scored his third win in the TCR Australia’s season beating Aaron Cameron in a thrilling Race 1 at Bathurst; the victory meant that Mostert stretched his leadership in the standings to 33 point over his teammate Luke King.
Mostert’s Audi and Cameron’s Peugeot were involved in a breathtaking battle on the Mount Panorama road course. Cameron pipped the pole-sitting Mostert at the start and took the lead; after the first four laps, Mostert began to close the gap to the leader. He touched the wall during the seven laps and lost contact, but at the end of the same lap he was able to pass Cameron in the last turn. Then, he was able to pull away and won with a 1.1-second margin.
On his return to the series, Garth Tander held the third position from the start to the chequered flag. Behind him, Jay Hanson finished a brilliant four ahead of his teammate Lee Holdsworth who was able to pass King, John Martin and Brad Shiels, eventually moving into P5.
Jordan Cox put in a great show; after having been demoted from fourth to 22nd on the grid for causing the red flag during the Qualifying, the Alfa Romeo driver passed 13 cars to finish the race in ninth position.
Dylan O’Keeffe retired with a turbo failure on the penultimate lap after having climbed to sixth.
The second race takes place at 12:25 local time (03:25 CEST), with Mostert again starting from pole position; live streaming at www.tcr-series.com.