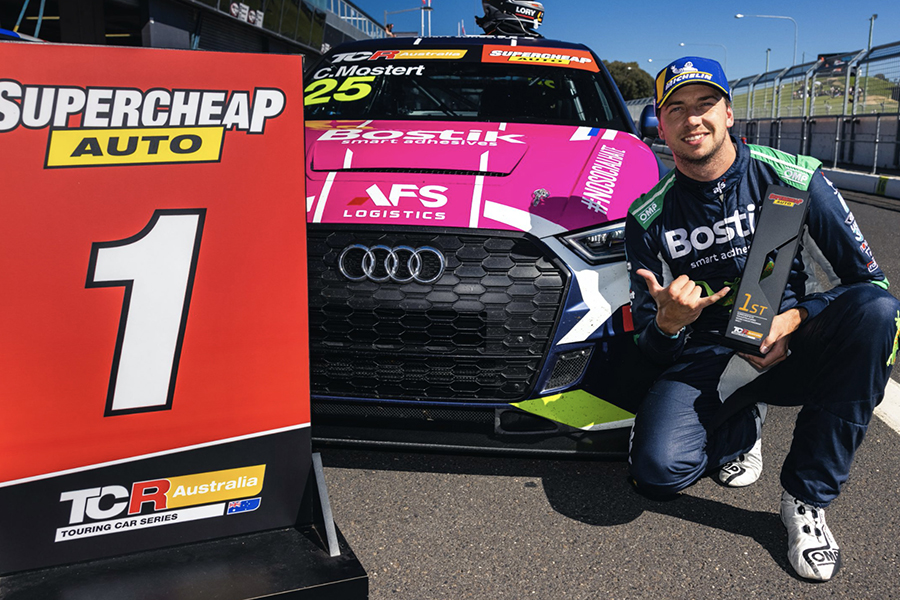 Chaz Mostert and Aaron Cameron replayed their battle in TCR Australia’s Race 2 at Bathurst and ended with the very same result as Race 1: Mostert first and Cameron second. Garth Tander too encored his third place from Race 1, as he was able to keep at bay a charging Jordan Cox.
Once again, Cameron made a better start than Mostert and pushed to create a small gap in the first three laps. However, soon Mostert began to post fastest laps and closed the gap. Eventually he passed Cameron for the lead in lap 5 and then pulled away to claim his fourth victory of the season.
After making a great start, Jay Hanson held on P3 ahead of Tander, while Cox climbed from ninth on the grid to fifth, as he passed John Martin and then Lee Holdsworth and Brad Shiels in the same move. Cox joined Tander and Hanson in the fight for P3; on lap 5 his Alfa Romeo nearly made contact with Hanson’s sister car that slowed down and stopped along the track.
For the second half of the race, Cox chased Tander, but couldn’t pass him and settled in fourth position. Behind them, Martin finished fifth, while Holdsworth was able to pass Shiels for P6. During the last lap, Shiels lost the seventh position to James Moffat.
Mostert has further increased his leading margin in the standings to 49 points, while Holdsworth has moved into P2 ahead of Luke King.
Race 3 takes place tomorrow at 10:10 local time (02:10 CEST), with Mostert sitting on pole position for the third time in the weekend; live streaming at www.tcr-series.tv.