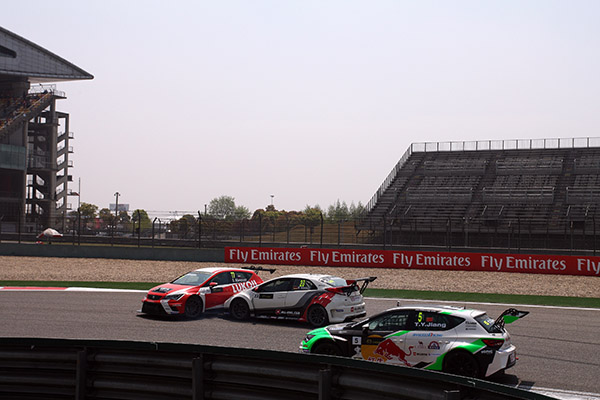 Münnich is dropped by one position in Race 2

Today’s second TCR race at Shanghai was not as lucky as yesterday’s Race 1 for René Münnich.
After finishing a brilliant second behind his WestCoast Racing team-mate Gianni Morbidelli in the first race, today the German driver spoiled his chances when his Honda Civic got into a skid during the first lap.
This dropped him to the back of the field and, while trying to recover, Münnich was involved in a close fight with Sergey Afanasyev, Tengyi Jiang and Norbert Tóth.
Eventually, on the last-but-one lap, Münnich punted Afanasyev into a spin, which involved Tóth as well. The Stewards of the Meeting deemed Münnich guilty for the incident and imposed a 30-second time penalty that dropped him from 13thto 14th.