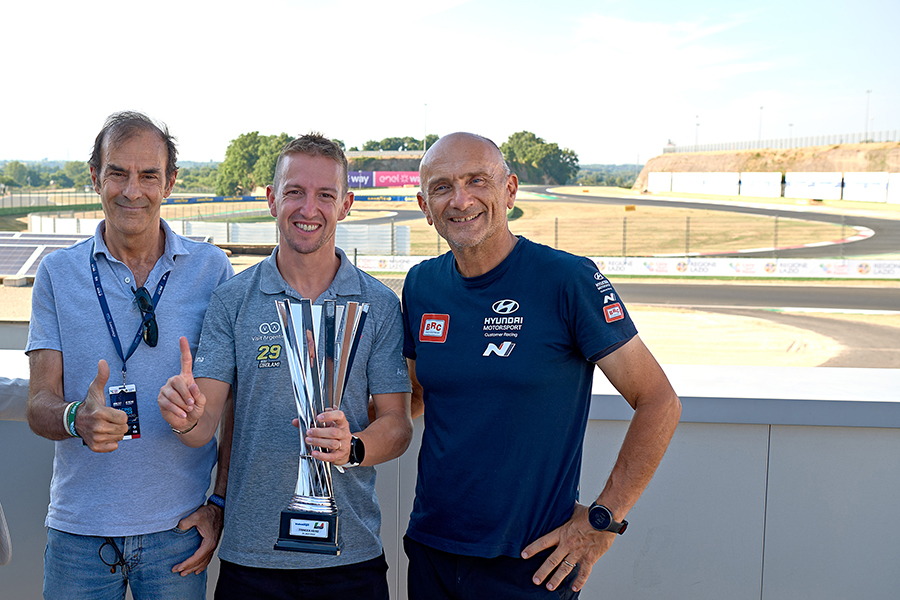 In his effort to win pole position for the first of the two FIA WTCR races at Vallelunga, Néstor Girolami negotiated the Trincea bend in a spectacular way and was awarded with the Trincea Hero Trophy.

The trophy was offered by the Vallelunga circuit to celebrate the return of international Touring Car competition to the circuit near Rome.

The Trincea bend has always been a crucial point, where a driver could make the difference, which was proved yesterday by Girolami.

The trophy was presented by former Touring Car aces Gabriele Tarquini and Emanuele Pirro who had both experienced the thrill of negotiating the Trincea at high speed many times during their successful careers.

“I wish to thank the circuit for this trophy. The Trincea is a very special bend, one of the main features of this wonderful racetrack. I had never raced in Vallelunga before, but when I came here for a couple of days of testing, I really enjoyed it. This is a track that gives you a special thrill, just like Macau and the Nürburgring, and is one of the most challenging circuits for Touring Car racing,” Girolami commented.