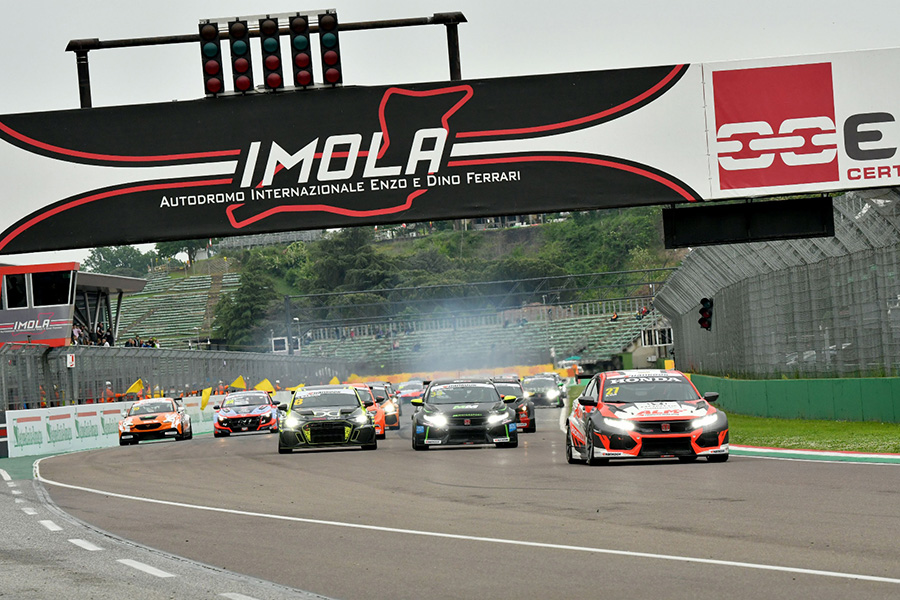 Several new drivers will join the TCR Italy field for this weekend’s event at Imola.

The 2017 champion and current TCR Europe regular Nicola Baldan will return to TCR Italy at the wheel of a second-generation Audi RS 3 LMS run by Élite Motorsport.

Aggressive Team Italia will field two Hyundai Elantra N cars for Mirco Zanardini and Hungarian youngster Levente Losonczy. Zanardini, formerly a title contender in the Italian Prototype championship, returns to race after a long break following an incident, while Losonczy had made his debut with the team two weeks ago in the TCR Easter Europe event at Slovakia Ring. Aggressive Team Italia has lost Kevin Ceccon, who is placed third in the standings, following the sponsor’s decision to withdraw him, as a form of protest against the slowly of the Italian Sporting Tribunal that has not yet discussed the appeal lodged by the team against the penalty that deprived Ceccon of the second place at Mugello.

Team Clairet Sport will add a Peugeot 308 for Jimmy Clairet to the CUPRA Leon Competición raced by Stéphane Ventaja.

Finally, Matteo Bergonzini who had raced in the 2019 TCR Italy, will rejoin at the wheel of a BF Motorsport-run CUPRA DSG.