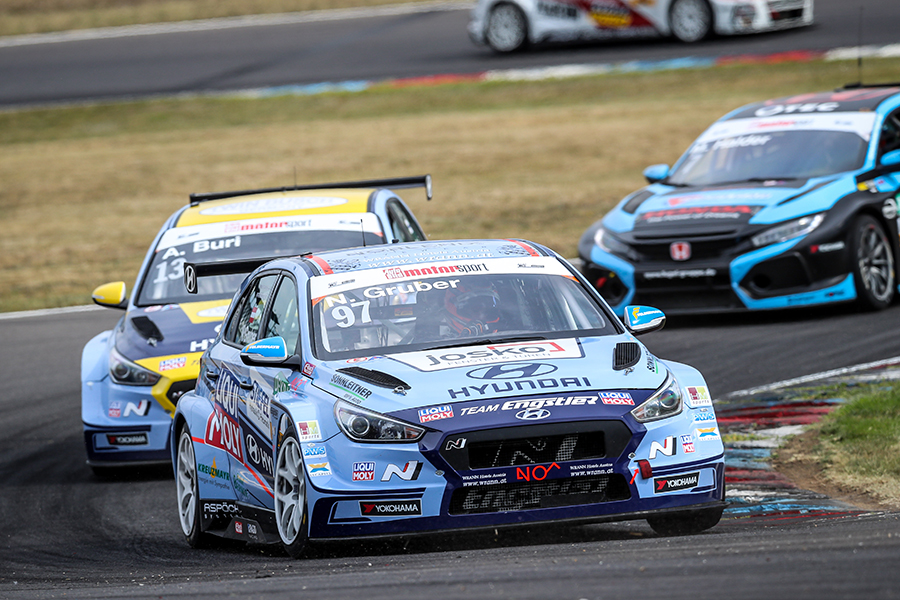 Team Engstler’s TCR Germany rookie Nico Gruber will make his maiden appearance in the WTCR this weekend at the Hungaroring.
Gruber, who made his TCR debut at the beginning of the year in the TCR Malaysia championship winning at Sepang on his second race, is currently lying seventh in the TCR Germany standings with a victory in the season opening race at Lausitzring.
At the Hungaroring he will replace Nicky Catsburg in one of Team Engstler’s Hyundai i30 N cars; Catsburg, the winner of the WTCR’s third race at the Slovakia Ring last Sunday, is unable to take part due to a previous commitment.

“It’s hard to say why I have this opportunity after just four weekends in ADAC TCR Germany,” said Gruber. “But my team has really supported me, and Hyundai said ‘yes, let’s give him a shot’. Maybe it’s because I was able to win my very first race in TCR Germany. We’ve had some hard times after that, but we’ve showed some good speed and I will try to keep this momentum going to the Hungaroring where I will try to support the team as much as possible and try to get the best result for them.”