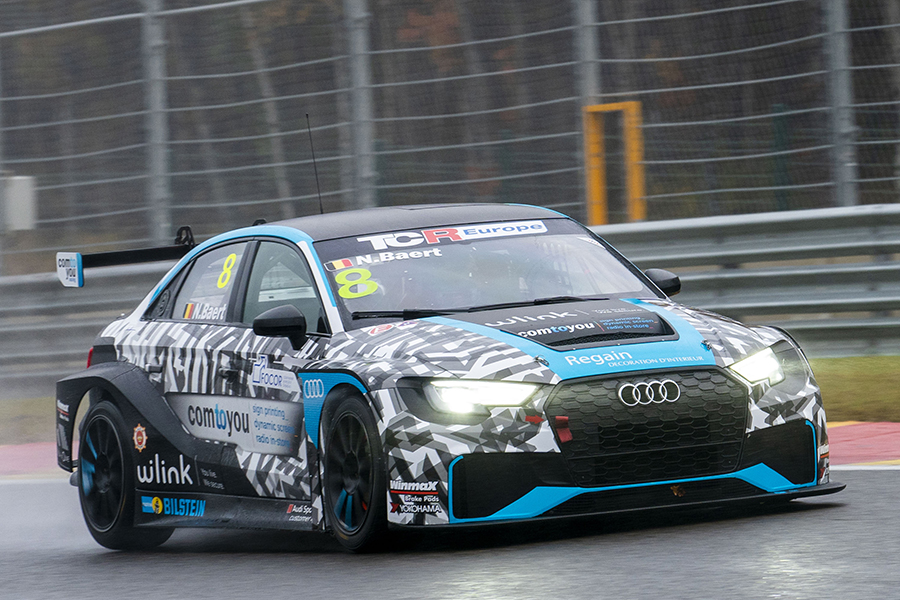 TCR Europe race winner Nicolas Baert will make a maiden appearance in the FIA WTCR this weekend at Motorland Aragón.
Baert will drive the very same car he races in the European series, an Audi RS 3 LMS run by his father’s Comtoyou Racing and with which he claimed his first victory at Zolder. He will join the Belgian outfit’s trio of WTCR regulars: Gilles Magnus, Tom Coronel and Nathanaël Berthon.

“It’s a great opportunity but I am driving there to get more experience, not to try to win any races. As a rookie it’s great to be driving with these big names,” said Baert. “We worked a lot before the season started and also during the season so far. We knew we were fast because I tested with Gilles, Nathanaël and Tom and we had the same pace. For me my only expectation was what would be my position in the races, not the lap times.”

Baert is currently placed fourth in the TCR Europe standings, 41 points behind the leader Mike Halder, which means that he’s still in contention for the title, as 90 points will be for grasp in the series’ finale at Jarama on November 6th and 7th. The Belgian youngster is also on top of the standings of the Yokohama Trophy, seven points ahead of his Comtoyou teammate Sami Taoufik.