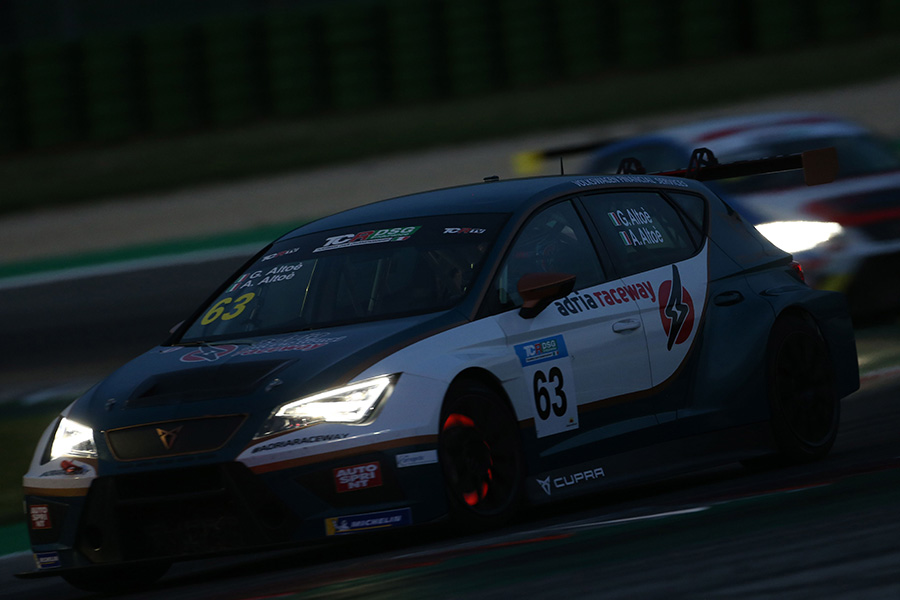 Night victory at Misano for Giovanni and Alessandro Altoè

The pair of Giovanni and Alessandro Altoè returned to victory in the third round of the TCR DSG Endurance Championship that was run Saturday night at Misano.
In the first part of the 2-hour race, the former 24H Le Mans winner Rinaldo Capello took the lead at the wheel of his Audi RS 3 LMS, however his car dropped down the order after the first pit stop.
Giovanni and Alessandro Altoè – uncle and nephew – who had already won the season opening round at Monza, drove their CUPRA to take the chequered flag with a slim 5-second margin over the Volkswagen Golf GTI of Luca Segù and Gianmaria Gabbiani. The podium was completed by the CUPRA shared by Carlotta Fedeli and Cosimo Barberini that crossed the finishing line 32 seconds behind the winners.
Andrea Mabellini recovered to finish fourth, after a problem with the gearbox of his Golf GTI in qualifying had relegated him to the 21st and last spot of the grid.
Having won the Qualifying race on Friday night, the Audi RS 3 LMS of Gabriele Volpato and Sandro Pelatti started from the pole position, but finished a disappointing tenth due to a long pit stop for changing the brake pads.
Giovanni and Alessandro Altoè have retaken the leadership in the standings, eight points clear of Fedeli-Barberini.
The next round of the series will be at Mugello on July 20/21.