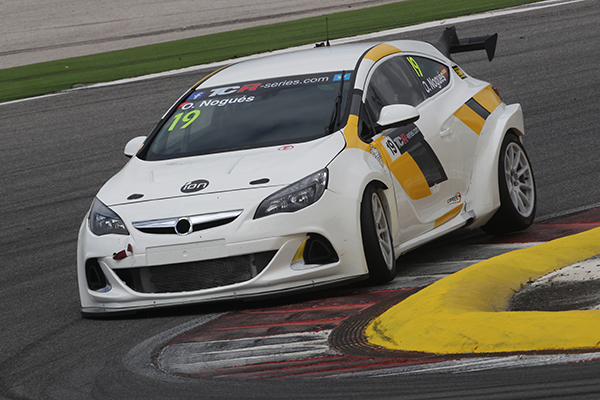 Spanish outfit Campos Racing confirmed Oscar Nogués and named Armando Parente as his team-mate for the Portuguese event.
Following his very promising maiden TCR appearance at Valencia, where he joined the team in giving a significant contribution in developing the Opel Astra OPC, Nogués is now aiming for delivering some good results. Last week he qualified in a promising eighth position, but his hopes to score the first points with the Opel vanished when he was involved in a crash at the start of the second race.
Parente who is 26 years old, began racing in karting at the age of 11 and became one of the most successful karting drivers in Portugal. In 2008 he was crowned champion of the ADAC Formula Master and last year he was classified seventh in the Portuguese Sport and Prototypes Championship.