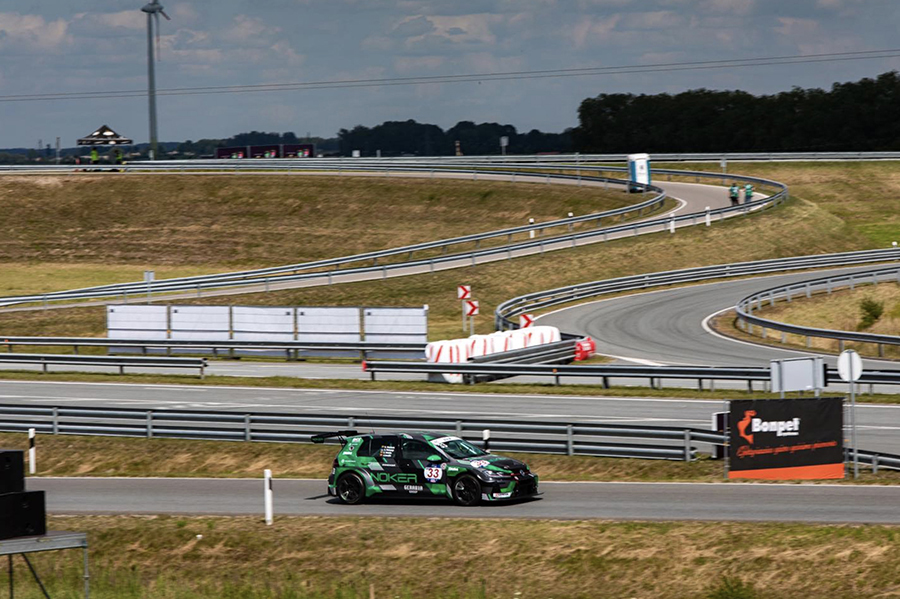 For the second consecutive year the Noker Racing Team won the TCR Baltic Trophy that was awarded during the popular Aurum 1006Km race on the Palanga road course in Lithuania.
Last year’s champions Kęstutis Stasionis and Egidijus Valeiša shared the Lithuanian team’s Volkswagen Golf GTI with the 2018 trophy winner Justas Jonušis and Estonian karting champion Sten Piirimagi.
Just like in previous years, the TCR cars had to face competition from a bunch of strong GTs, but proved they can be very competitive in both performance and reliability. In fact, the TCR teams impressed already in Qualifying, as three of the four entries managed to take part in the Super Pole, with Piirimagi placing the Noker Golf sixth on the grid behind five Porsche cars and one Lamborghini.
During the eight-hour race, the Volkswagen was steadily climbing up in the classification and eventually finished third overall behind two Porsche cars, only 34 seconds behind the second-classified 911 GT3.
Second in the TCR class was another Golf GTI entered by Sauda with GSR Motorsport that Mindaugas Liatukas, Marius Miškūnas and Ernesta Globytė drove to the end in sixth position overall with a gap of nine laps from the winners. The podium was completed by the Lesta Racing Team CUPRA of Nerijus Baliūnas, Jonas Karklys, Audrius Navickas and Aurimas Jablonskis.