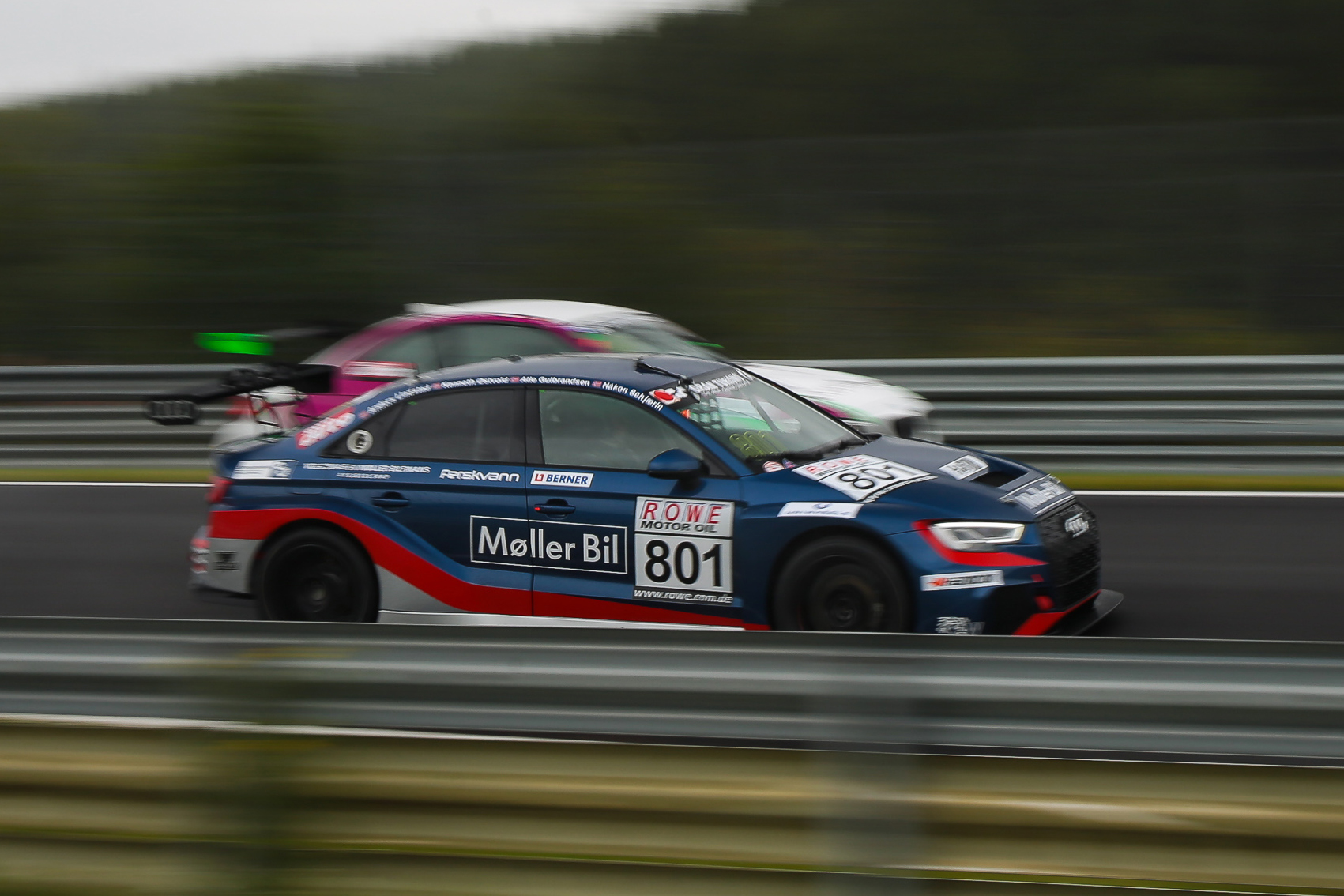 A quartet of Norwegian drivers won the TCR class in the fifth round of the VLN series on the Nürburgring’s Nordschleife and gave the Audi RS3 LMS its first victory in the series.
Håkon Schjærin, Atle Gulbrandsen, Kenneth Østvold and Anders Lindstad shared the wheel during the 6 Hours ADAC Ruhr-Pokal-Rennen, completing 35 laps and finishing 22nd overall out of the 159 starters.
Their Audi beat the Bonk Motorsport Peugeot 308 of Jürgen Nett, Joachim Nett and Bradley Philpot by less than two minutes, while the Team Schmid Honda Civic of Roland Schmid, Roger Vögeli and Markus Oestreich finished third in the class, one lap behind.
The Mathilda Racing Volkswagen Golf GTI of Andreas Gülden, Benjamin Leuchter and Constantin Kletzer that had won three of the series’ four previous rounds, crashed and retired after ninety minutes.
The VLN's sixth round will be the 40. RCM DMV Grenzlandrennen on 2nd September.