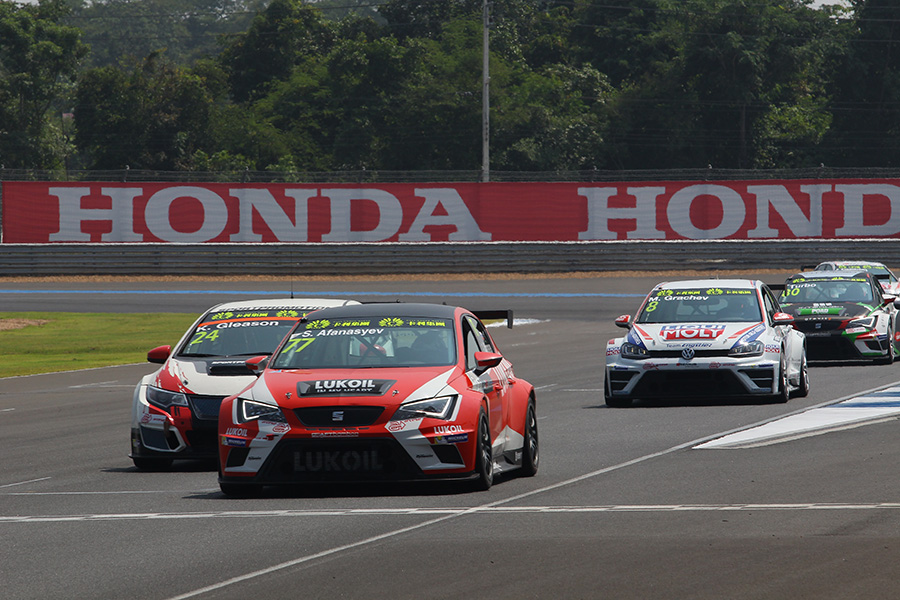 TCR International Series promoter WSC Ltd and OMP have renewed their partnership for the 2016 season.
Founded in 1973 in Genoa, OMP is a leading Italian company specialising in the design and creation of safety components for the car-racing sector (fire-resistant suits, seats, steering wheels, safety belts, etc.). Just like last year, OMP will be the technical partner of the TCR International Series for staff uniforms and racing clothes.

Marcello Lotti, CEO of WSC, commented: “We are very pleased that an acclaimed motorsport brand such as OMP have agreed to extend their support after the successful maiden season of the TCR International Series.”

Paolo Delprato, CEO of OMP echoed: “We keep on supporting the TCR project with more and more enthusiasm, because of the innovation that this series brings to the motorsport world. The TCR International Series is a perfect match with our global and winning philosophy, and we are very happy to extend this partnership”.

Thanks to the cooperation between OMP and WSC Ltd, the OMP Trophy will award 50,000 Euro prize money to the competitors once again. Classification for the OMP Trophy will be based on the points scored in the Drivers’ Championship, increased by a series of coefficients determined by the different levels of OMP equipment used by each driver or installed in his/her car. The winner of the OMP Trophy will also receive a racing overall, a pair of gloves, a pair of shoes and a top-underwear. The 2015 TCR OMP Trophy was won by Stefano Comini.
On top of this, competitors of the TCR International Series will benefit from a 20 per cent discount while purchasing OMP products through the TCR organization.