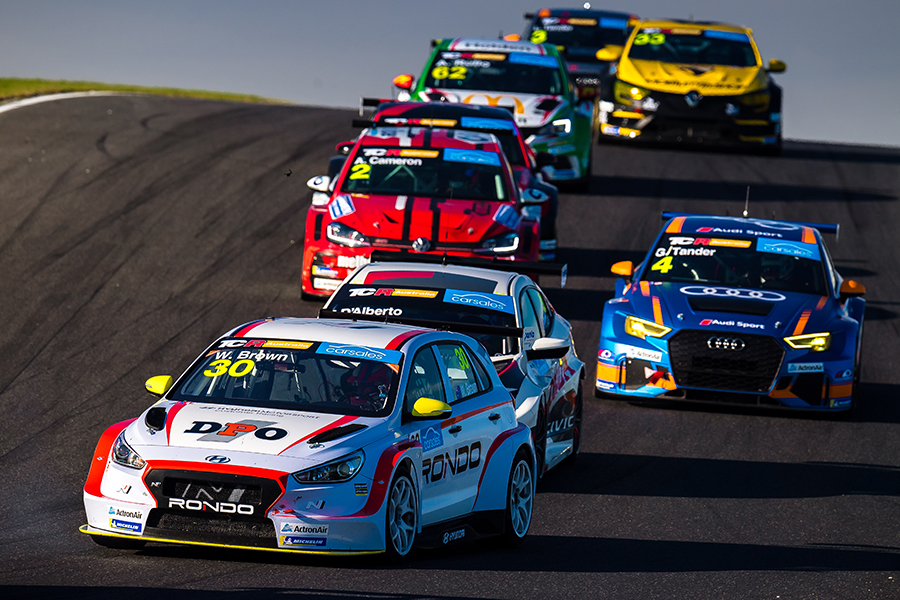 One win apiece for O’Keeffe and Brown at Phillip Island

The second and third races of TCR Australia at Phillip Island provided plenty of drama. In Race 2, Dylan O’Keeffe and his Alfa Romeo Giulietta encored their Race 1 victory, beating Will Brown’s Hyundai i30 N once again. But in Race 3, O’Keeffe was eliminated in an incident after the start and Brown went to claim his third win of the season ahead of his teammate Nathan Morcom.
In the championship standings, Brown has stretched his leading margin to 52 points over O’Keeffe.
O’Keeffe made good use of the pole and took the lead of Race 2 from Brown, Tony D’Alberto and Hamish Ribarits. During the opening lap James Moffat’s Renault spun from fifth and was collected by André Heimgartner’s Subaru and Garth Tander’s Audi, they all rejoined but a couple of corners later there was a second collision between Aaaron Cameron’s Volkswagen and the Audi cars of the Tanders, Garth the husband and Leanne the wife. Garth was the only one forced to retire.
On lap 2, Brown stole the lead from O’Keeffe, but then outbraked himself and O’Keeffe went through again. Behind them Ribarits overtook D’Alberto for third.
While O’Keeffe was able to pull away from Brown, there was a tough fight for the fourth position that involved D’Alberto, John Martin, Chris Pither, Morcom and Alex Rullo. Both the Honda cars of D’Alberto and Martin retired into the pits with a flat front right tyre on laps 9 and 12 respectively. Eventually Morcom and Rullo were able to overtake Pither to finish fourth and fifth. In a last fight for the ninth position Alexandra Whitley beat Moffat after they made contact several times.
Race 3 began with a pile up at T2; O’Keeffe spun after a contact with Brown, was t-boned by Martin’s Honda; Whitley’s Golf and D’Alberto’s Honda were also involved, while Ribarits’ Audi crashed into Chelsea Angelo’s Holden. The safety car was deployed and when racing resumed on lap 6, Brown was leading from Morcom, Rullo, Cameron and Pither. Vernon overtook Rullo and Pither, but then went on the grass and dropped behind.
The two Hyundai cars of Brown and Morcom pulled away; behind them Cameron and Garth Tander secured third and fourth positions, while Rullo dropped to finish 12th. In the battle for the fifth position, Moffat beat Heimgartner, Pither, Jason Bright and Ribarits.
TCR Australia will resume for the third event of its inaugural season on July 13/14 at The Bend Motorsport Park.