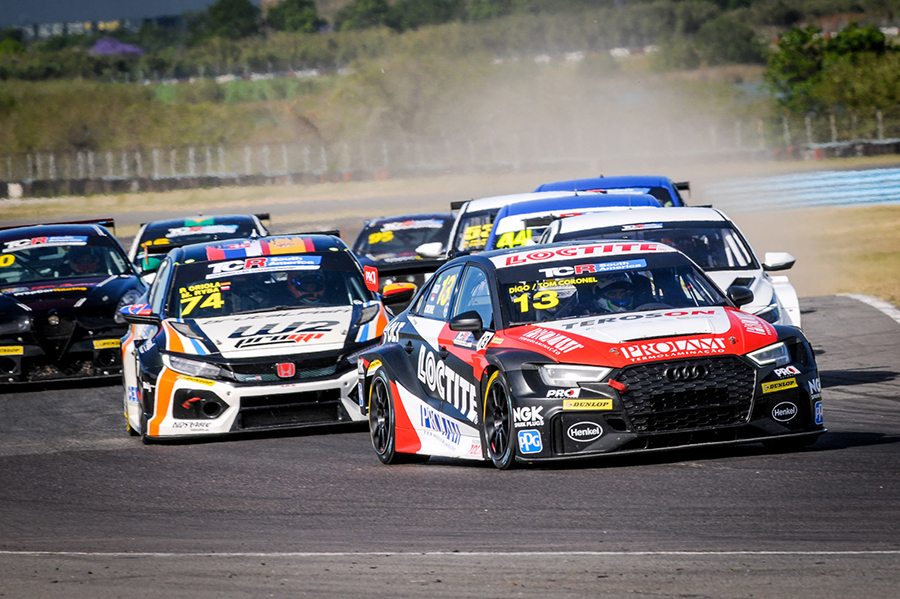 The first ever title of TCR South America will be awarded this weekend in the season finale at the Autódromo de Concepción del Uruguay.
The battle is wide open between the W2 Racing Honda Civic cars of Pepe Oriola and Raphael Reis against the Cobra Racing Audi RS 3 LMS driven by Rodrigo Baptista.
Oriola leads the standings on 229 points, 14 more than Baptista, while Reis lies in third position, ten further points adrift.
The championship resumes two weeks after the event in Alta Gracia, where the Lynk & CO cars run by PMO Motorsport dominated, winning both races with Santiago Urrutia and Fabricio Pezzini.
The Argentine team managed by Pablo Otero entered for the first time a Peugeot 308 for Ernesto Bessone. After setting the fourth fastest time in Qualifying, Bessone couldn't start in any of the races due to an electric issue. The team has worked hard to solve the problem and Bessone is eager to show the potential of the French car at Concepción del Uruguay.
Live streaming at www.tcr-series.com: Saturday, Qualifying at 10:30 local time (16:30 CET) and Race 1 at 14:00 local time (18:00 CET); Sunday, Race 2 at 09:00 local time (13:00 CET).