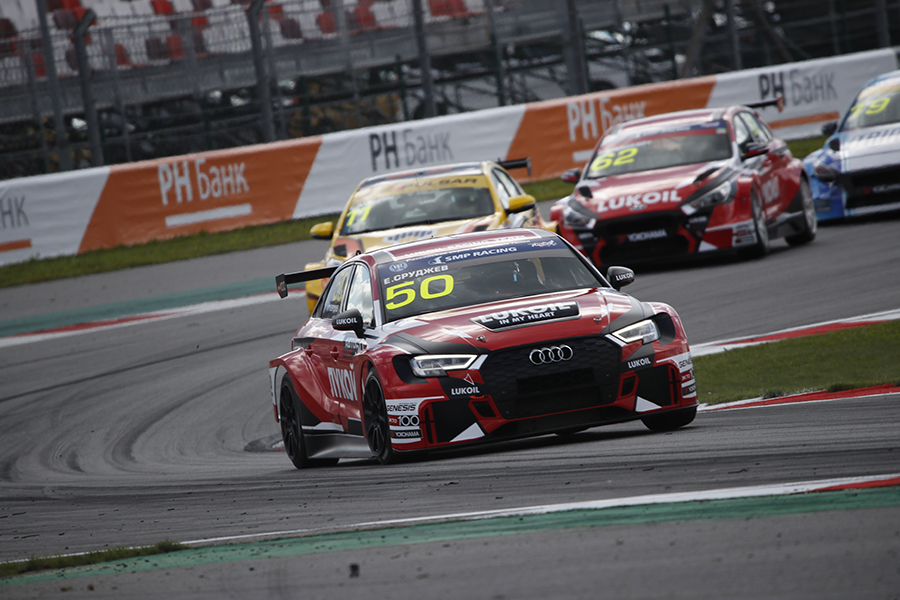 Egor Orudzhev inherited victory in TCR Russia’s Race 1 at Fort Grozny, following a 30-second penalty for jump start that stripped Zakhar Slutskiy of the win and dropped him to 10th in the final results.
Ivan Lukashevich, who had taken the chequered flag in third position behind Slutskiy and Orudzhev was also given a 30-second penalty for jump start and was classified 11th.
This was Orudzhev’s maiden victory in TCR Russia, while Andrej Maslennikov and Dmitry Bragin were promoted to second and third.
The amended results had also an impact on the championship’s classification. In fact, Bragin’s gap from the leader Kirill Ladygin has shrunk from 40 to 31 points, while Maslennikov has moved into the third place, but with a gap of 53 points from the leader that is equal to the number of points on offer in the final event of the season.