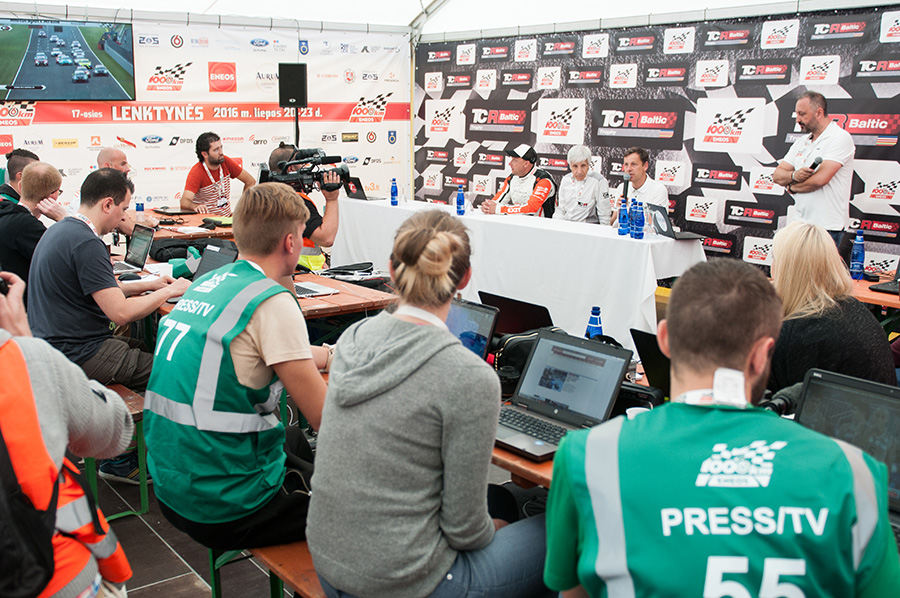 Palanga to host the TCR Baltic Trophy in 2017

TCR has now reached the Baltic region, where a TCR Trophy category will be run next year within the popular Eneos 1000Km race at Palanga, Lithuania.
The announcement was made this morning, during a crowded press conference in the media centre of the Palanga racetrack, just before the start of the 17th edition of the 1000Km racethat was also visited by Lithuania’s Prime Minister, the Minister of Transport and Palanga’s Mayor.
The first TCR car sold to Lithuania, a JAS-built Honda Civic owned by the Rimo Team was exhibited in front of the media centre.

Darius Jonušis, CEO of the Vilnius-based Promo Events that organizes the race in Palanga explained: “There are a lot of teams and drivers between Lithuania, Latvia and Estonia that are looking with interest to TCR as a category that delivers high level competition at affordable costs. We think this is the right moment to start introducing TCR in the region, beginning with the creation of a dedicated category in the Eneos 1000Km from next year. This is meant to be the first step towards the establishment of a proper TCR Baltic Championship that might also extend as far as Poland.”

Among this year’s competitors in the Eneos 1000Km race was Steve Vanbellingen from Belgium, who is also racing a Volkswagen Golf GTI in TCR Benelux. He said: “This will be a great opportunity to open a new market to sell and rent TCR cars. And on top of this, I think that TCR cars will be very competitive at Palanga; they could even fight for the overall victory in case of rain…”