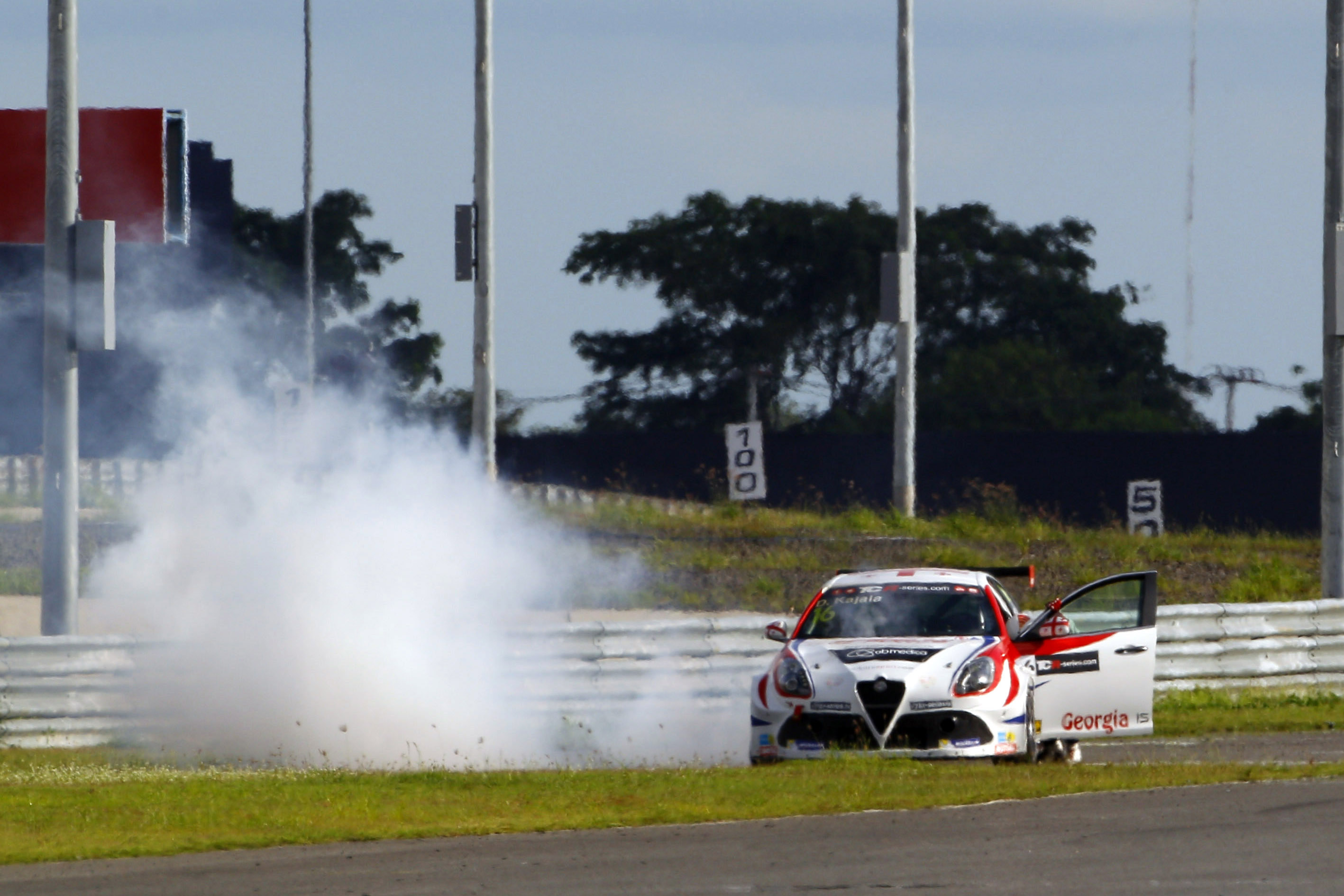 Two drivers have been demoted to the back of the grid for today’s first race at Buriram’s Chang International Circuit: Aurélien Panis and Davit Kajaia.
The Frenchman was penalised for an engine change on his Boutsen Ginion Racing Honda Civic that occurred after the previous event at Oschersleben; this will demote him from 10th to 22nd.
Just behind him, the 23rd spot will be filled by the Alfa Romeo Giulietta of Kajaia that had qualified 11th. During Q2, Kajaia stopped on the track with smoke coming from the engine; this was due to an oil leak that resulted in a fire. The quick intervention of the marshals resulted in the engine being sprayed with extinguishing material and this forced the team to change it to avoid further risks. The Stewards subsequently rejected the team’s request to consider this as ‘force majeur’ and imposed the penalty.
These penalties only apply to Race 1, meaning that Panis will start on pole and Kajaia 11th in Race 2.