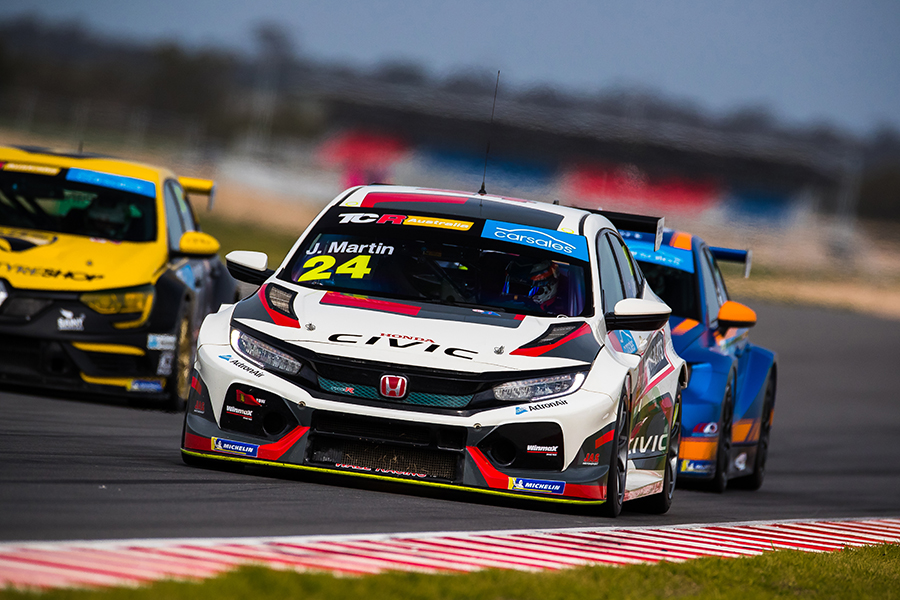 Wall Racing will enter three Honda Civic Type R cars in every round of the 2020 TCR Australia as well as in the TCR Asia Pacific Cup at Albert Park next month.
After confirming the 2019 TCR Australia runner up Tony D’Alberto, Wall Racing announced that John Martin will also stay with the team and that Paul Ip will complete the line up.
Ip will make his Australian racing debut at Albert Park in the TCR Asia Pacific Cup, alongside Rene Münnich who will drive D’Alberto’s car at the street circuit event.

“It’s great to have our three drivers for the season locked in and ready to go,” said team owner David Wall. “We felt we had a successful first season. We started with two cars, we now have three in the team full-time and we also supply parts and support from the two private Honda teams of Zac Soutar and Michael Clemente. It is obviously our aim to win the title this year. We finished second in 2019, and the competition is stepping up, but it’s great that two of our drivers have been retained. We know both Tony and John are capable of getting the job done. I’ve been watching Paul’s racing over the past few season, and he does lots of miles in Asia and has been around motorsport for a long time. He did a good job in TCR Asia, and did the Sepang WTCR round last year. He is a welcome addition to the team and will be a good shot within the Pro-Am ranks.”