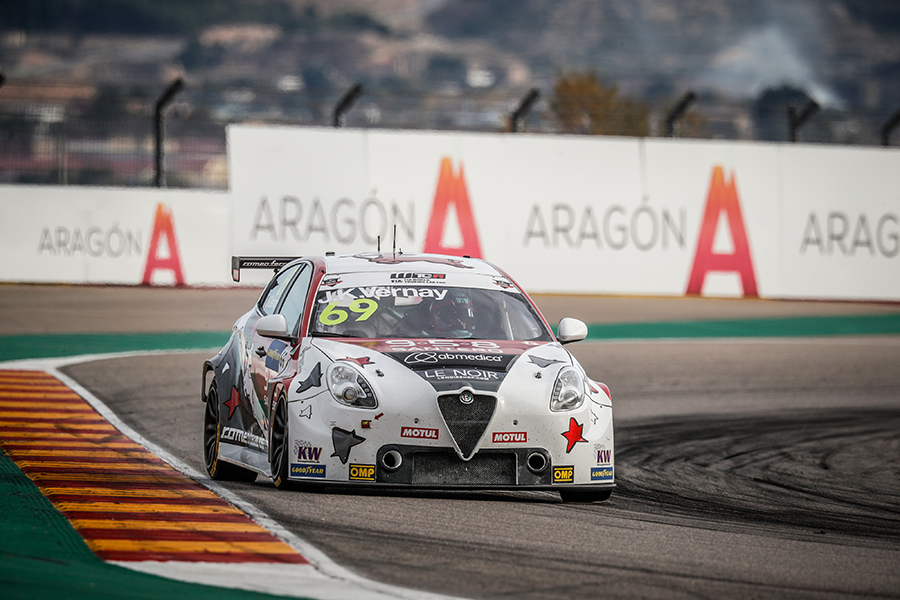 Penalty for Guerrieri promotes Vernay to third in the standings

Jean-Karl Vernay was promoted to third in the final standings of the 2020 WTCR following a penalty that dropped Esteban Guerrieri from 10th to 18th in Race 3 at Motorland Aragón.
Vernay – who had taken the chequered flag in third position – and Guerrieri had both scored 194 points during the season, but the Argentine would be classified third in the championship due to a major number of race wins: four against Vernay’s one.
However, after today’s third race, Guerrieri was imposed a 30-second time penalty for track limit infringements and so dropped out of the points and was demoted to fourth in the final standings, six points behind Vernay.
To finish on the overall podium of the championship – on top of winning the Trophy for independent drivers – was an outstanding achievement for Vernay and Team Mulsanne that run his Alfa Romeo Giulietta, especially considering that for most of the season the Frenchman was the only driver of the Italian outfit and couldn’t count on teammates to support him.