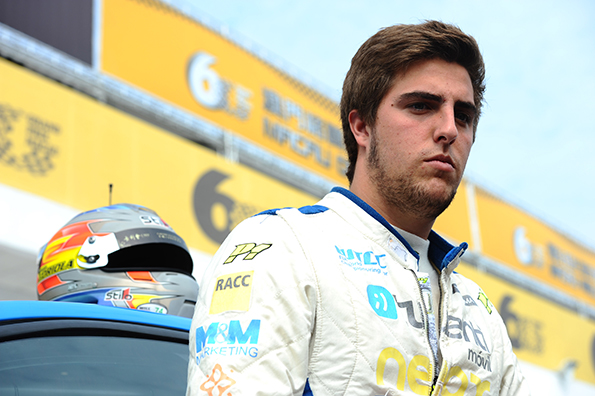 Team Craft-Bamboo Lukoil announced Pepe Oriola as the second of three drivers that will be contesting the 2015 TCR International Series.
The young Spaniard began his career in karting at the age of nine and moved up to Touring Cars when he was 15 to finish on the podium in the final round of the SEAT León Supercópa. In 2011 Oriola became the youngest ever driver in the FIA World Touring Car Championship at 16 years old and in the 2013 WTCC Race of Morocco he took his first win and became the youngest ever driver to win an FIA World Championship race.

“The feeling is very positive with Craft-Bamboo Racing and we have already begun working to prepare for the TCR International Series that will surely become a championship of reference. It has a very attractive calendar and several races will be shared with Formula 1, which is another attraction for this championship,”Oriola said.

Richard Coleman, CEO of Craft-Bamboo Racing, commented: “I am so pleased to welcome Pepe Oriola to Team Craft-Bamboo Lukoil, he is a proven race winner and despite his young age will not be a number two driver. He brings with him tremendous speed and experience in Touring Cars and I expect him tol be a championship contender. I think Craft-Bamboo Lukoil will give him the environment to take the step from a race winner to a champion.”