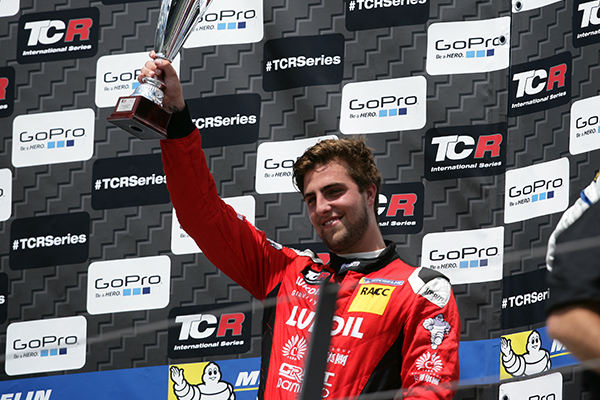 Pepe Oriola: I dream of winning the TCR title

Pepe Oriola of Team Craft-Bamboo Lukoil has emerged as the new point leader in the TCR International Series after the latest race meeting at the Red Bull Ring. The Spaniard is now focusing on the final three events of the season: Singapore, Buriram and Macau.

“I am living my best moment, but I have to make a last effort for clinching the title. This is my priority. I am very motivated to become the first ever TCR champion; this is my goal, a dream that I want to realize.”

With one race win and eight other podium results, Oriola has been the more consistent drivers so far.
“I have been working hard since the beginning of the season to be on top. Since my victory at my home track in Valencia, everything has been positive and eventually I was able to claim the point leadership at the Red Bull Ring. I will fight hard to maintain it until the end of the season.”

The championship is now heading for the Far East; the next race meeting will be in the frame of the Singapore Grand Prix, with night races.
“This will be new to me. I have competed in some endurance races at night, but this cannot be compared with racing at Singapore in a spotlit city track. I believe visibility may be an issue there.”

The season will come to an end in Macau, a track that is well known to Oriola.
“It is an exciting circuit that I like and where I am fairly competitive. In 2013 I finished second in a WTCC race. However, you must always bear in mind that is an unpredictable circuit, where anything may happen. And on top of this, Macau is a special place for me, because of my sponsor: Cali Group Macau. It would be nice winning the title there.”