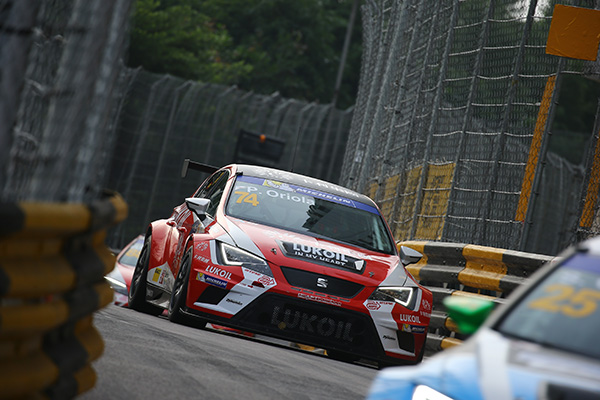 Pepe Oriola: “I have fought until the very end”

Pepe Oriola has tried until the very end to beat Stefano Comini in the fight for the TCR International Series title. Eventually the Craft-Bamboo Lukoil driver was forced to stop only two laps from the end of the final race, having pierced his radiator against the rear bumper of his rival’s car.
Despite he scored only two race wins during the season, compared to Comini’s six, Oriola was able to put together a long string of positive results that included seven second places and three third places. And this helped him to arrive in Macau with a gap of only two points.

“I have fought for the title until the very end despite the handicap of 30 kilos of success ballast. Macau is a very difficult circuit, where overtaking is almost impossible and in the first race I did not want to take unnecessary risks that could result in an accident. In the second race I tried everything. I was a bit faster, but Comini was capable to close all the gaps. I think we had very fair fights throughout the season and I am very happy, because finishing second behind him was a great result. Certainly, it has been a wonderful year for my career!” said the young Spaniard.