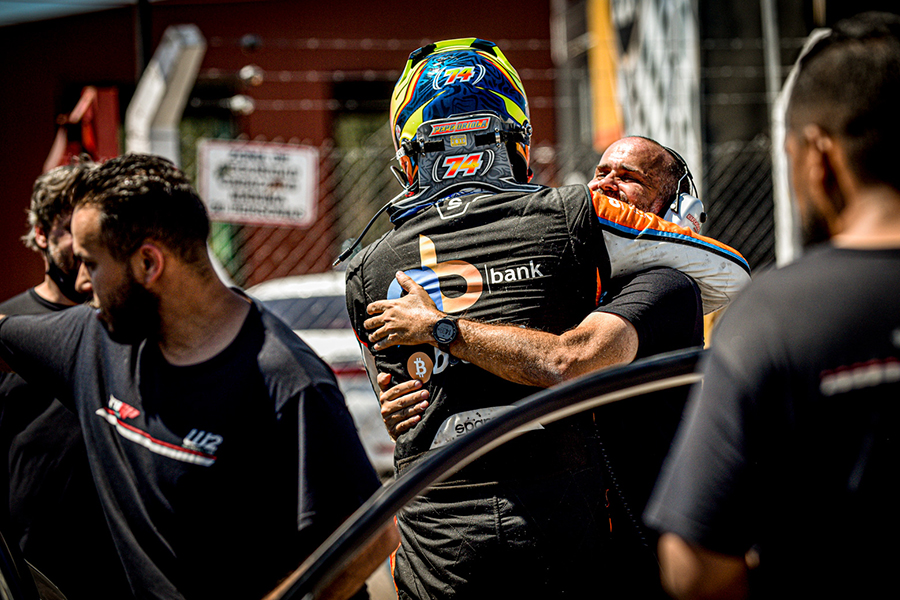 Pepe Oriola accomplished his mission and became the first ever champion of the TCR South America. The Catalan driver finished the season in style, coming home second in the very last race at Concepción del Uruguay that was won by Fabricio Pezzini.
Adalberto Baptista had the pole in the top-eight reversed grid and made a move before the green light; this deceived Ernesto Bessone who sat on P3 and jumped the start, leading the field ahead of his son Juan Pablo and Pezzini who had missed yesterday’s Race 1 due to an electric issue.
At the end of lap 1, Raphael Reis pitted to fix a radiator issue and rejoined one lap behind.
At the end of lap 4, Ernesto Bessone served a drive through for jump start, handing the leadership to Juan Pablo who was now chased by Pezzini. Behind them, Dorian Mansilla, Oriola and Rodrigo Baptista all passed Fabio Casagrande moving up to third, fourth and fifth respectively.
Baptista overtook Oriola and began chasing Mansilla, while in lap 8 Pezzini took the lead from Juan Pablo Bessone who was struggling with the front bonnet of his Honda that was partially lifting due to a broken latch.
Bessone was under pressure from Mansilla and Baptista; the latter took advantage of the situation and passed Masilla for P3 in lap 10.
At the end of lap 12, Oriola completed the 75% of the race distance, which meant he had secured the title; the Spaniard was now free to attack, he passed Mansilla and Baptista in lap 12 and then Juan Pablo Bessone in lap 15. During the final lap, Oriola nearly caught the leader Pezzini who managed to claim his second win of the season by only six tenths. Mansilla won the battle for the third spot on the podium after muscling his way past Baptista in lap 13 and Bessone in lap 16.