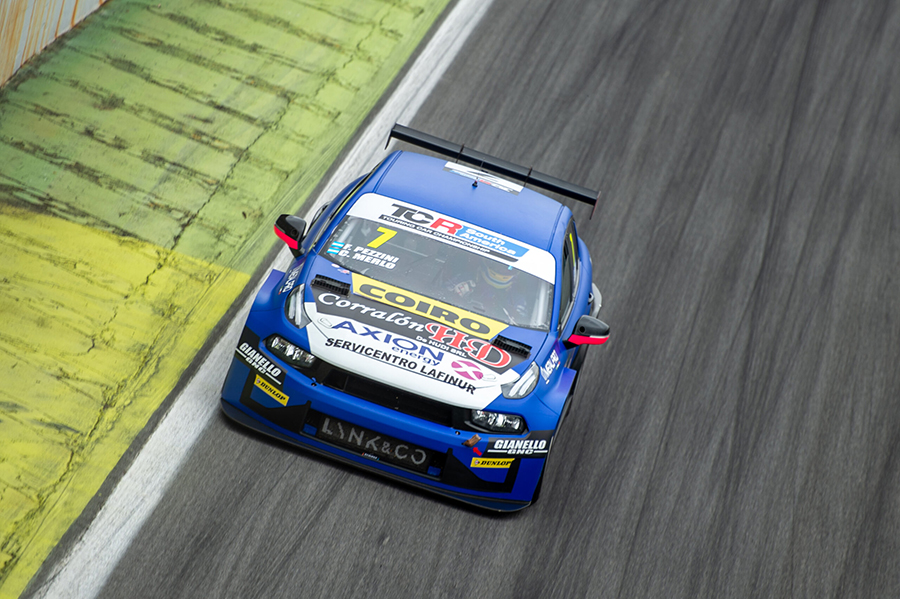 With Bernie Ecclestone as a special guest, TCR South America held its first endurance race of the season at Interlagos that was won by the PMO Motorsport-run Lynk & Co 03 that Fabricio Pezzini shared with guest driver Carlos Javier Merlo.

The victory propelled Pezzini on top of the standings, 11 points clear of the previous leader Raphael Reis in the W2 Pro GP CUPRA Leon Competición.

From the pole, Reis’ co-driver Gustavo Lima led the field at the rolling start, while Pezzini drove back an assault from his teammate José Manuel Sapag to retain the second place. At the end of the first quarter, Pezzini moved into the lead, passing Lima in lap 9; the latter dropped another place behind Pedro Aizza’s Scuderia Chiarelli Hyundai Elantra N.

Halfway through the race, all cars pitted for a driver change, but the #7 Lynk & Co retained the leadership with Merlo at the wheel. Behind him, Aizza’s co-driver Rodrigo Sperafico recovered the second position by overtaking Reis and Juan Ángel Rosso’s Squadra Martino Honda Civic. The first three positions did not change until the end; Merlo took the chequered flag 3.6 seconds ahead of Sperafico, with Rosso in third position. During the final lap, Reis lost the fourth position to Sapag’s co-driver Marcelo Ciarrocchi.

The next event of TCR South America will be at Goiânia on 4/5 June.