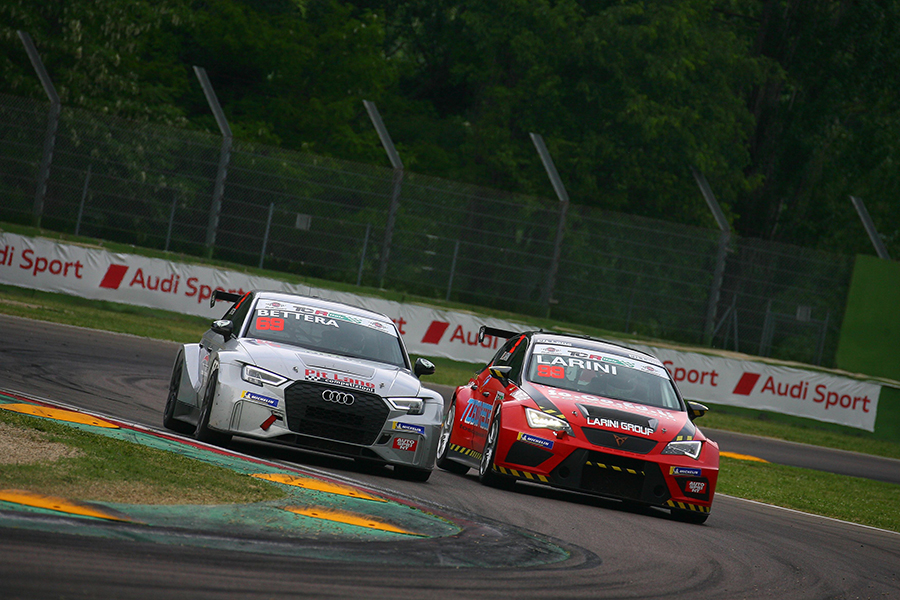 In the frame of its massive commitment to the TCR category, Pit Lane Competizioni will field four cars in the opening event of the TCR Europe Series at Le Castellet’s Circuit Paul Ricard.
Giovanni Altoè who has been entered for the full season in an Audi RS3 LMS DSG will be joined by the reigning TCR Italy champion Nicola Baldan (Hyundai i30 N), Enrico Bettera (Audi RS3 LMS SEQ) and Andrea Larini (Cupra TCR).
All four drivers take part in the TCR Italy championship as well and where among the protagonists of the season opener at Imola last weekend, where both Bettera and Larini were able to finish on the podium.
The Italian series will race at Le Castellet one week after the TCR Europe Series.