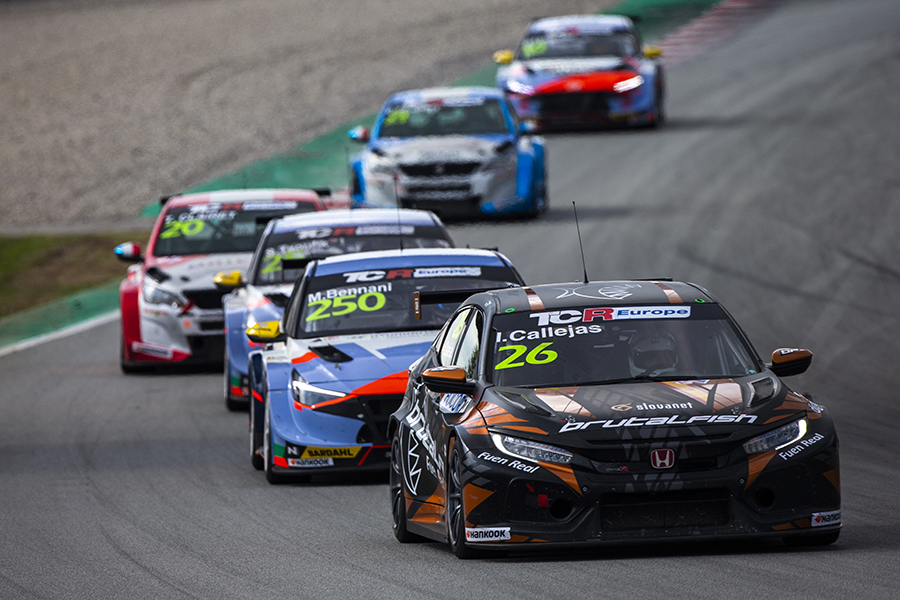 Isidro Callejas, Sami Taoufik and Jimmy Clairet were all given penalties after the TCR Europe’s second race at Barcelona.
Callejas who had finished second behind Klim Gavrilov, his best result since he joined the series, was disqualified because his Honda Civic was found to be underweight at the technical check, and so Mehdi Bennani was elevated to second place.
Both Taoufik and Jimmy Clairet, who had taken the chequered flag in fourth and sixth positions, received thirty-second penalties for having caused collisions with Martin Ryba and Niels Langeveld respectively; consequently, they dropped to 15th Taoufik and 16th Clairet in the final results.
Taoufik’s penalty meant that Teddy Clairet was promoted to third.