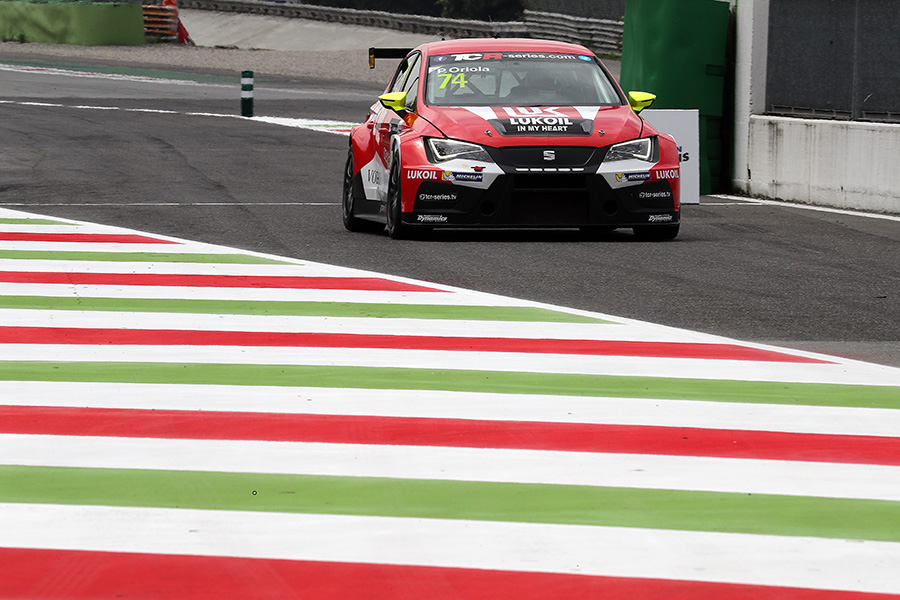 Practice 1 – Oriola and Nash strike back for SEAT

Pepe Oriola, driving a Lukoil Craft-Bamboo SEAT León, set the fastest time in Free Practice 1 at Monza and was the only driver to beat the two-minute lap time barrier. His best lap of 1:59.892, together with James Nash setting a time around six-tenths slower, meant the team received a much-needed morale boost by setting the top two times in the session.
The half-hour session began with the two M1RA Racing Honda Civic cars of Roberto Colciago and Attila Tassi setting the early pace, but Jaap Van Lagen and Gianni Morbidelli in a pair of Volkswagen Golf GTI cars then went faster.
Ferenc Ficza went straight on at the Turn 1 chicane, bringing a swift reminder from the Race Director that cars using the escape road must go around the barriers instead of driving straight through.
In the second half of the session, Oriola became the first driver to break 2:01 and then repeated the feat shortly afterwards. As the clock ticked down, Nash (2:00.573) and Colciago (2:00.766) improved to P2 and P3 while Oriola’s best lap came moments after the chequered flag fell.
Stian Paulsen took no part in the session. His SEAT was parked up in the pit lane with engine issues and so the Norwegian driver missed out on setting a time.
All six brands were represented in the top ten, with Davit Kajaia’s Alfa Romeo Giulietta 4th (2:01.009), Morbidelli (2:01.167) the best Volkswagen driver in 6th, Pierre-Yves Corthals’ Opel Astra 7th (2:01.207) and the Audi RS 3 LMS of Stefano Comini in 10th (2:01.296).
Current points leader Jean-Karl Vernay ranked a disappointing 16th, 2.5 seconds off Oriola’s pace, complaining about lack of speed.
The 1-2 for Lukoil Craft Bamboo will come as a relief to the team after the frustrations of Spa last weekend, when both Oriola and Hugo Valente were victims of incidents at the first corner.
FP2 begins at 14.00 local time (12.00 GMT).