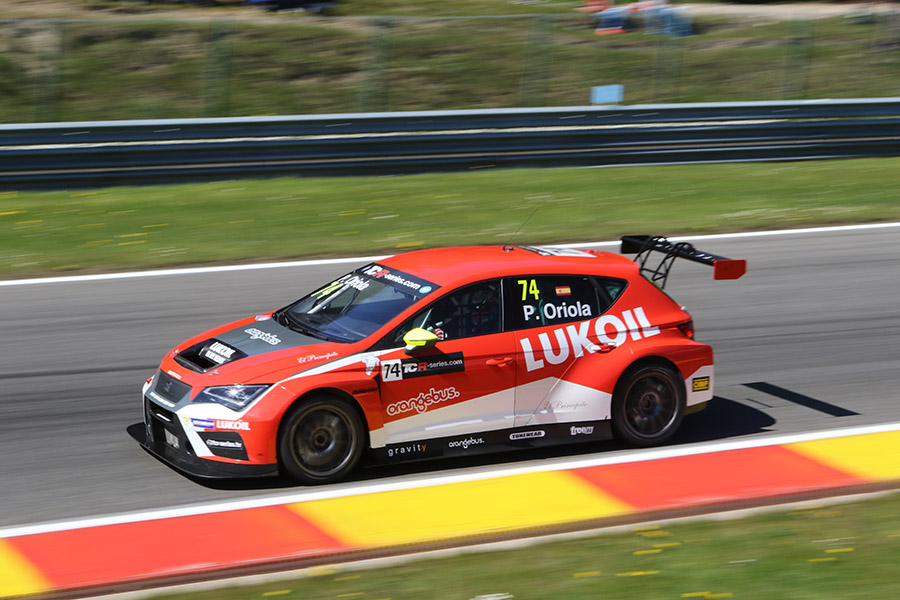 It was Pepe Oriola in the Craft-Bamboo Lukoil SEAT León who set the fastest lap in the first session ahead of four Honda Civic cars: the West-Coast trio of Gianni Morbidelli, Alain Menu and Mikhail Grachev and Target Competition’s Jordi Oriola.
All drivers began with caution, thus the first significant lap times were set only midway through the session. Jordi Oriola and Morbidelli swapped placed on top of the timesheet, until Pepe Oriola nailed an impressive 1:53.962 that was not to be beaten.
In the final moments the three West-Coast drivers were all able to improve to fill the positions between 2nd and 4th: Morbidelli (1:54.273), Menu (1:54.314) and Grachev (1:54.585). Jordi Oriola was classified 5th (1:54.697) ahead of Mat’o Homola B3 Racing SEAT (1:54.943) and Liqui Moly Team Engstler’s Jordi Gené in the best of the Volkswagen Golf cars (1:55.026).
Dušan Borković stopped on the track with a broken rear-left wheel and did not post any significant time.
The drivers are now back on track for Practice 2 after a short break.