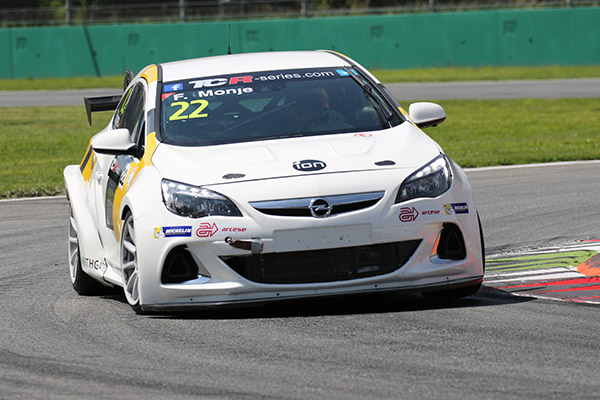 Gianni Morbidelli topped the timesheet once again in a session that saw Fernando Monje’s significant improvement at the wheel of the Campos Racing Opel Astra.
After dominating the first Free Practice, Morbidelli began pushing only halfway through the second session and jumped on top with a provisional fastest lap of 2:02.031 that he suddenly improved further to 2:01.381.
Craft-Bamboo Lukoil’s Pepe Oriola was the fastest of the SEAT drivers and classified second with a lap of 2:02.093, with a gap of seven tenths from Morbidelli. In third and fourth positions ranked Morbidell’s teammate Kevin Gleason (2:02.150) and Oriola’s teammate Sergey Afanasyev (2:02.165).

Oriola said: "It went well for the team, although we had to use towing to get our lap times, but this is part of the game here at Monza. The car is ok but we still have room for improvement, although it's going to be tough to improve times as the temperature raises through the day."

But it was Monje who created a surprise, placing his Opel in fifth position (2:02.371), less than one second off the leading pace. The Spaniard improved by two seconds compared to the first Free Practice and said:"It's a very good result for us. The car felt good since the beginning, with good top speed, with minimal downforce, but we still had an issue with the rear, which was sliding a bit in the corners. We did some set-up changes and they proved effective."

The drivers began to practising slipstreaming in view of this afternoon’s qualifying, which caused a few mistakes, like those of the Target Competition drivers – Nykjær, Comini and Belicchi – who made trips onto the gravel traps at Lesmo and Ascari.
The Qualifying session will start at 15.00 local time; live streaming at www.tcr-series.com.