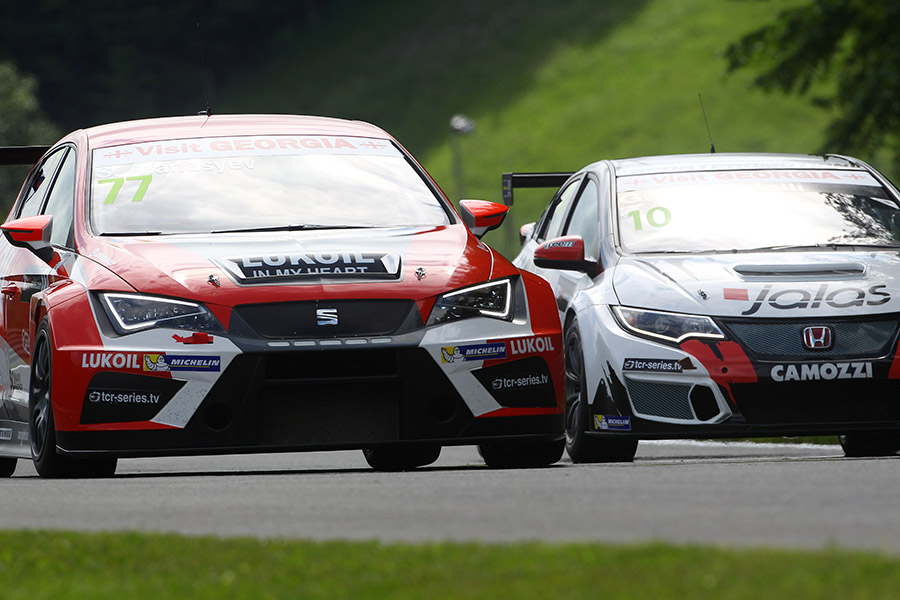 Gianni Morbidelli encored in the second practice and emerged as the fastest driver once again; however, the Italian was only able to post the best lap time of the session with one minute to go, when he clocked an impressive 1:26.637 that beat by one tenth Sergey Afanasyev’s 1:26.744.
Jordi Oriola confirmed his form by placing himself in third position, les than two further tenths adrift with a lap of 1:26.817. Nobody else was able to lap under the 1:27 mark.
After leading the time sheet for two-thirds of the session making steady progress, Dušan Borković ranked in fourth positions (1:27.024), only one thousandth ahead of Pepe Oriola (1:27.025), seven ahead of Mikhail Grachev (1:27.031) and nine ahead of Mat’o Homola (1:27.033).
The nine drivers who were covered by only half-a-second proved how close the session was.
The Volkswagen Golf cars are still struggling to find a good pace; Jean-Karl Vernay was the fastest of the pack in 11th position, nearly one second off Morbidelli’s time. Both the Alfa Romeo Giulietta cars hit troubles: Peter Fulín pitted with a broken front splitter, while Michela Cerruti stopped with throttle problems that, according to the team suspects, might depend on an overheating sensor.
The Qualifying session will start at 15:00.