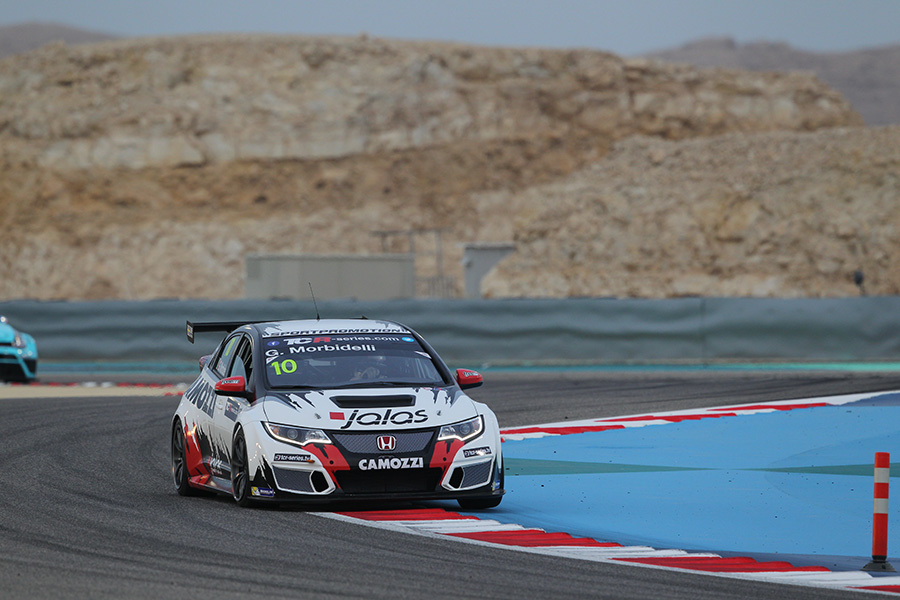 Gianni Morbidelli’s West Coast Racing Honda Civic TCR posted the fastest lap in today’s second Free Practice, seconds before the session was disrupted by a red flag with five minutes left on the clock.
When the session resumed only a few drivers were able to improve, but none of them was able to better Morbidelli’s time.
The Leopard Racing duo of Stefano Comini (2:14.907) and Jean-Karl Vernay (2:15.248) led the time sheet in the early stages before they were demoted by Morbidelli’s 2:13.754. Moments later the Italian improved again posting a 2:13.347 that would not be beaten.
At nearly the same time, one after the other, the Opel Astra cars of Jordi Oriola and Andrea Belicchi went off the track and Attila Tassi’s SEAT León crashed into a wall prompting the red flag.
When the session resumed, Pepe Oriola (2:13.771), Vernay (2:13.784) and James Nash (2:14.283) moved up to fill the positions from second to fourth. Morbidelli’s teammates Kevin Gleason (2:14.326) and Aku Pellinen (2:14.571) ranked fifth and sixth respectively, followed by Dušan Borković, Comini, Davit Kajaia and Mat’o Homola.
Michela Cerruti placed her Alfa Romeo Giulietta in 11th position, improving her lap time over the first practice session by 2.7 seconds. Jordi Oriola was able to rejoin and was classified 12th.
TCR drivers will hit the track again tomorrow at 13.00 local time for the Qualifying session.