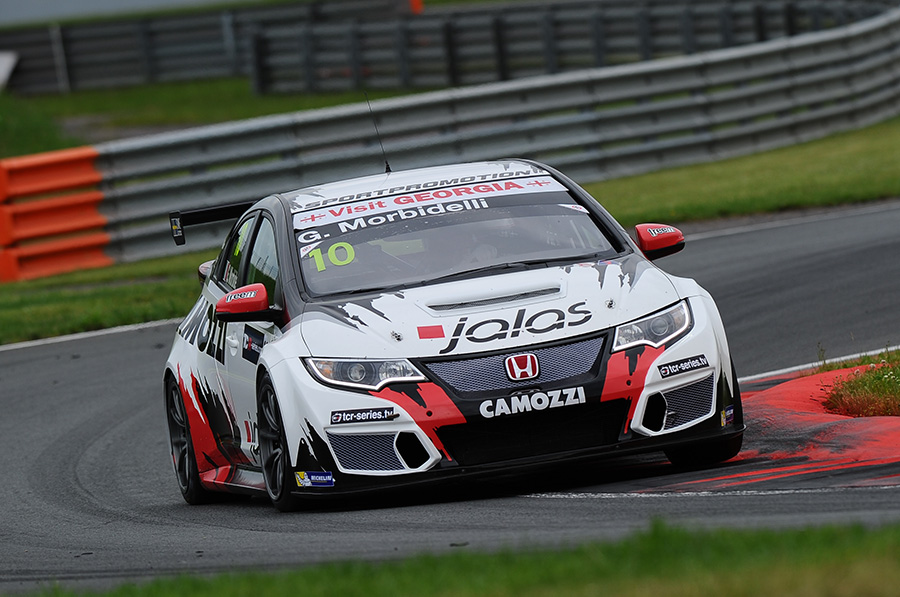 Practice 2 – Morbidelli fastest in the dry and the wet

After a disappointing performance in the first practice, Gianni Morbidelli posted the fastest lap of 1:35.433 in the second session, just before the rain made the track very slippery and forced all drivers into the pits.
In the early stages, Mat’o Homola’s SEAT (1:36.164) and Petr Fulín’s Alfa Romeo (1:36.401) were the fastest cars on the track. Fulín’s Giulietta worked fine, as the smoke that had filled the cockpit during the first practice was due to an oil leak from the gearbox that was soon fixed by the team.
As the session proceeded, fastest laps were improved. Sergey Afanasyev clocked a 1:35.602 that provisionally placed him first, ahead of Jean-Karl Vernay (1:35.707) and Stefano Comini (1:35.792). They were all demoted when Morbidelli’s Honda lapped in 1:35:433. Then the rain came halfway through the session.
Only a few drivers elected to change on rain tyres and continue testing on the wet track; Morbidelli was among them and was the fastest once again with a lap of 1:51.981.
The Qualifying will take place at 14:15.