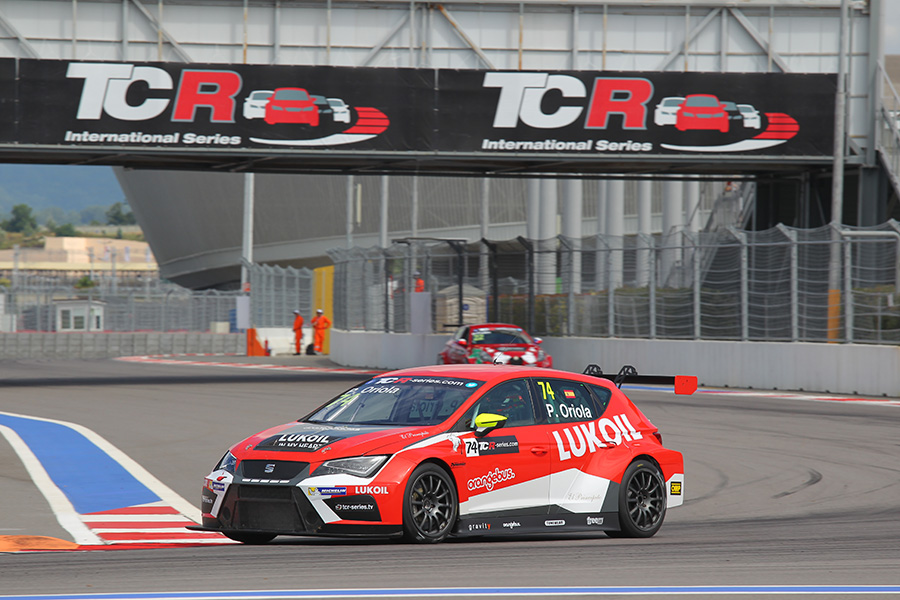 Pepe Oriola continued to be the fastest driver in Practice at Sochi Autodrom. After setting the fastest lap in the first session the young Spaniard encored in the second one, beating Stefano Comini by less than two tenths of a second.
This second Practice was much closer, with the sixth fastest cars covered by only eight tenths.
Oriola set the pace from the very beginning, however, with ten minutes left on the clock he was demoted to second by his own teammate Sergey Afanasyev who was the first to lap the track in less than 2:22 (2:21.896). A couple of moments later Oriola retook the lead with a lap of 2:21.359, only to be demoted again by Stefano Comini (2:21.314). But it was not over yet, as Oriola was clocked at 2:21.123 on his very last lap.
With Comini still second fastest, Mikhail Grachev climbed to third (2:21.356) ahead of Jean-Karl Vernay (2:21.529), Afanasyev (2:21.896) and Gianni Morbidelli (2:21.995).
Petr Fulín set an impressive seventh fastest lap (2:22.288) – making four different cars (SEAT, Volkswagen, Honda and Alfa Romeo) in the top seven – after ranking as high as fifth for a while.
Russian newcomer Vladimir Sheshenin was also impressive at the wheel of a Liqui Moly Volkswagen Golf Gti, setting the tenth fastest lap (2:22.570) behind his teammate Davit Kajaia.
The Qualifying session will begin at 15:20.