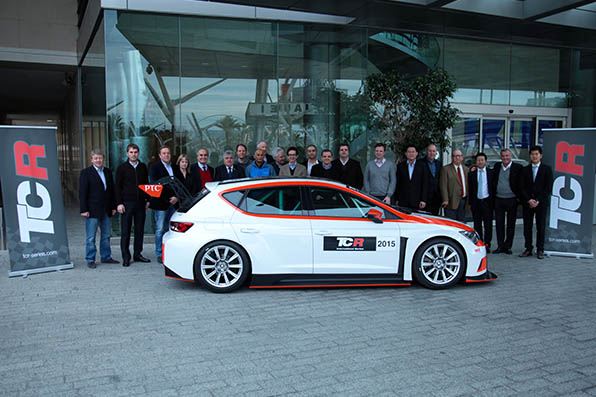 Promoters met in Barcelona to set up TCR network

Promoters of a number of different Touring Car series that plan to adopt the TCR technical regulations have met in Barcelona for a two-day Working Group with the aim of establishing a common strategy.
The meeting was chaired by Marcello Lotti, CEO of WSC Ltd (the promoter company of the TCR International Series), assisted by David Sonenscher, promoter of the TCR Asia Series.

Twelve countries were represented by championship promoters and members of National Sporting Authorities: BeNeLux, China, The Dominican Republic, Germany, Italy, Portugal, Russia, South Africa, Spain, Thailand, USA and Venezuela; one of the first items approved was the plan to create from 2016 a TCR Central America Series that should visit Colombia, Costa Rica, The Dominican Republic, Guatemala, Mexico, USA and Venezuela.

The participants unanimously expressed their will to cooperate with the aim of establishing the TCR category on a global scale, adopting one corporate identity and a single set of technical regulations. This should arouse interest from the car makers’ national dealers or importers and will create an international market among teams for buying and selling cars and parts. On the sporting side, each national series will be free to choose its own format, tailored on the local tradition and the drivers’ needs.

Marcello Lotti commented: “I am very pleased to see that the concept we launched a few months ago is already meeting with such a large and enthusiastic consensus. After the meetings we had in Barcelona I am even more convinced that a bright future is expected for TCR.”