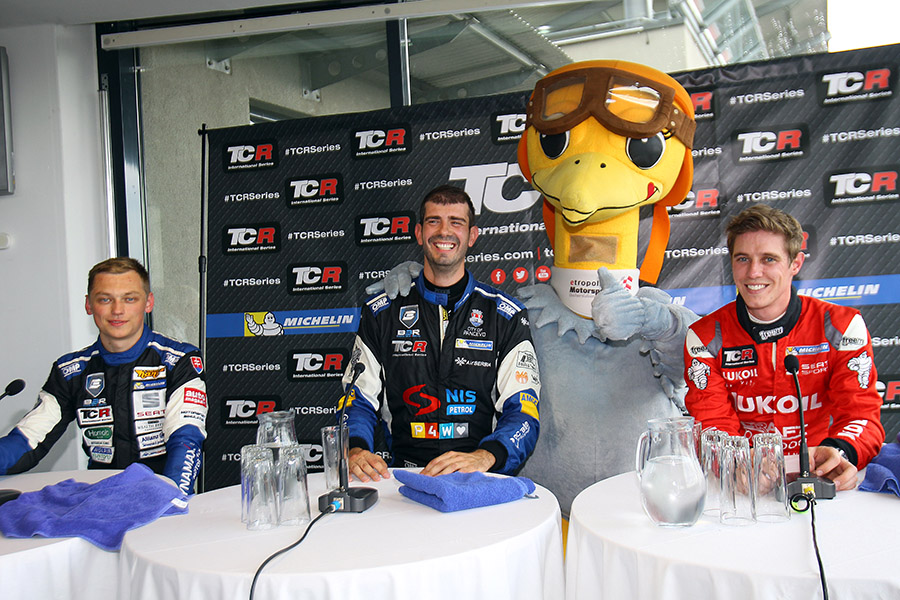 Dušan Borković (pole position): "I am very happy of this second pole of the season, especially because I was not expecting it. I tend not to like slow tracks and slow corners, so I was not thinking to be on pole here. I didn't push very hard and maybe that was the key. Of course, to have two of our cars on the front row is a great reward for the entire team, who has had a lot of work so far this season. Tomorrow, the first laps will be difficult, because it's hard to warm up the tyres on this track, but I really hope I'll be able to correct my reputation of ‘qualifying master but race disaster'!"

Mat'o Homola (second): "For sure, it's an excellent result for the entire team, and we see that we become better and better at every outing. I'm not very fond either of slow corners, but I tend to do well on this kind of tracks, so it would be nice if tomorrow Dušan and I can win both races. After a collection of finishes between second and fifth, I'd really like to clinch a race win."

James Nash (third): "I have good memories of Oschersleben, where I got some good results in the past and my first podium in Europe. It is a very special track and I think it is important not to over-drive, because you get severely penalized. That's what I tried to do and it paid off, although the gap with the pole, three tenths, seems relatively huge. Half of it, though, I think it is because of the 20 kg success ballast, which on a slow track always plays a greater effect."

Pepe Oriola (eighth): “In Q2 I couldn't be as competitive as in Q1, and there was no special reason for that. I think I simply pushed too hard and overdrove a bit, and this does not pay off on this track. By breaking later in the slower corners, you end up losing time..."