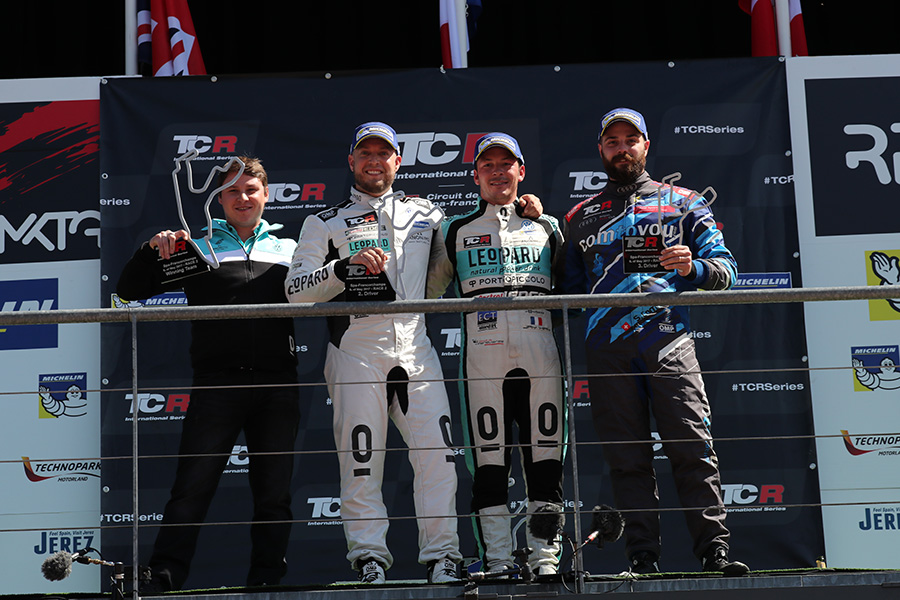 Quotes from the podium finishers in Race 2

Jean-Karl Vernay (winner): “My start wasn’t that great, but the incident at first corner compensated… In the first laps, I had a terrible understeer, I even thought that I had punctured a tyre, but tried to stay calm and things improved progressively. When I attacked Edouard Mondron for 2nd, I certainly did not plan to pass Rob as well, but I took the lead and from then on, everything went smoothly. It’s a very good result for the team, who is doing a perfect job, and for the championship where we lead despite not having the fastest car. It’s my second win at Spa, but contrarily to many drivers, I am not a fan of this track…”

Rob Huff (second): “At the start, I realized looking at the mirrors that Coronel was braking too late and I tried to leave room and avoid trouble. I could pass Edouard Mondron to take the lead but then I got under attack from Lessennes. He hit me on a wheel at Les Combes and he went off track, but after that my steering was a little bit bent. When I saw Jean-Karl coming back on Mondron and me, I braked a little bit earlier to let him more room and take the lead, and the rest is history. It’s a very good weekend for the team and I am really happy to be able to contribute its success.”

Stefano Comini (third): “A very good weekend for us, maybe even too good! I am saying this because we are going to have some heavy success ballast at Monza, my home race, next week-end. But I am not complaining. Today, I knew I had to push hard in the first laps to get close to the top, but I got stuck behind my teammate who was making his race. I just killed my tires trying to pass him and after that the front guys were too far away. This said, it has been an excellent weekend for the Audi, Comtoyou Racing and myself, so I am very happy.”