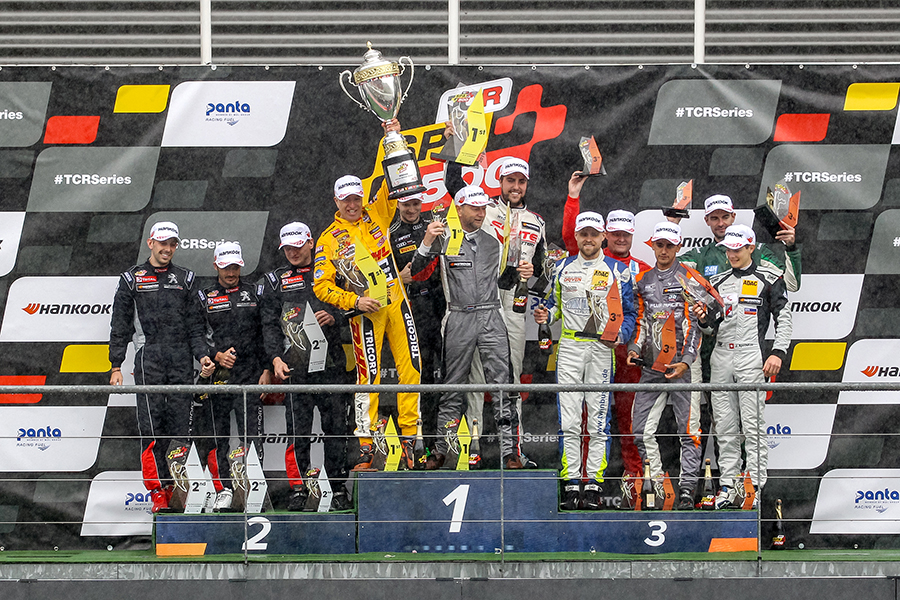 Quotes from some top drivers after the TCR Spa 500 race

Pepe Oriola: “I’m very happy with this victory. I started and finished the race, I was the fastest of the team and put the car into the lead from the beginning despite the Peugeot was faster than us. But this was really a team’s victory. The car didn’t have the lesser problem, not even a puncture and all went well during the pit stops.”

Tom Coronel: “It was nice to win a big one. The team did a brilliant job, we drivers made no mistakes, the car was fabulous, even if I was worried to hear some strange noises under braking during my last stint. In the end we had zero problems and everything went well.”

Teddy Clairet: “We are happy with second place, because this was the first time the 308 TCR was competing in such a long distance race. We had the pace, we had the reliability, we were a bit unlucky with the pit stops, but it was good to fight for the podium. It was a test in the most difficult conditions and resulted in a great experience for all of us. We have learnt a lot.”

Mikel Azcona: “It was a great experience. My first long distance race and I finished on the podium. It’s a shame that we had some problems in the night while we were running in P2 and lost nine laps in the pits for replacing the fuel pump. Afterwards, everything went well, but we were too far behind the first two cars and so we focused on keeping the pace for finishing on the podium.”

Douglas Khoo: “It was our first endurance race in Europe and with the CUPRA TCR and we really enjoyed. It was very difficult because of the changeable weather but we made it to the end and won the PRO-AM class steering away of the problems. It was worthwhile to bring the car here from Malaysia and we are looking forward to come back next year.”