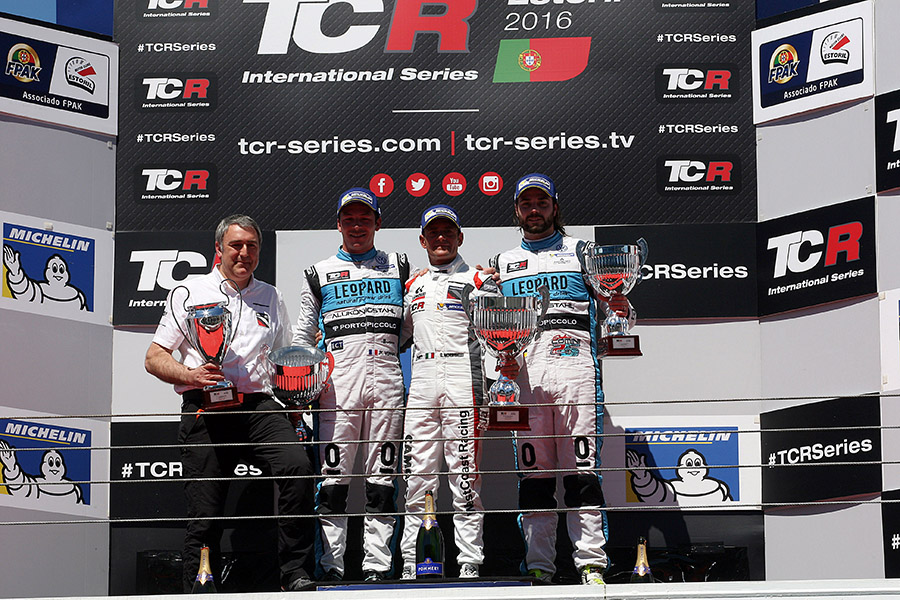 Quotes from the podium finishers in Estoril Race 1

Gianni Morbidelli (winner): “Winning is always the best thing, so I am quite happy! I knew that it was key to preserve the tyres in the first part of the race and that is what I did. I also saw that Homola was a little bit harder on his tyres and figured that he would be in trouble. It was a nice and fair fight, because he was faster on the straights and defended very well his position, but eventually he started to feel the pressure and I could pass. It was about time, because Vernay and Comini were getting very close and I was in the uncomfortable position of having to attack and defend at the same time. The car felt good and I thank the team for the good work done to solve the power steering problem we had in practice and qualifying.”

Jean-Karl Vernay (second): “It’s a good result, the best possible in this race, and it’s good to score my first points. I had a good start but like Morbidelli, tried not to stress the tyres. The duel between him and Homola allowed me to get closer to them. Unfortunately, at some point, they had a contact and debris broke my windscreen, so I had to close my helmet visor to continue. Towards the end I was well-placed to use any opportunity that may come from the fight between the first two and eventually, I could pass Homola, even if I didn’t want to take any risk.”

Stefano Comini (third): “After free practice we completely changed the set-up of the car, and it proved the right thing to do. The car felt much better. My start wasn’t great as I wanted to avoid any problems and lost one position. The first half of the race was a little bit boring, but then things got livelier. I managed to overtake Pellinen and then Vernay and I joined the two leaders. Third is a good result, but we still have a lot of work to do.”