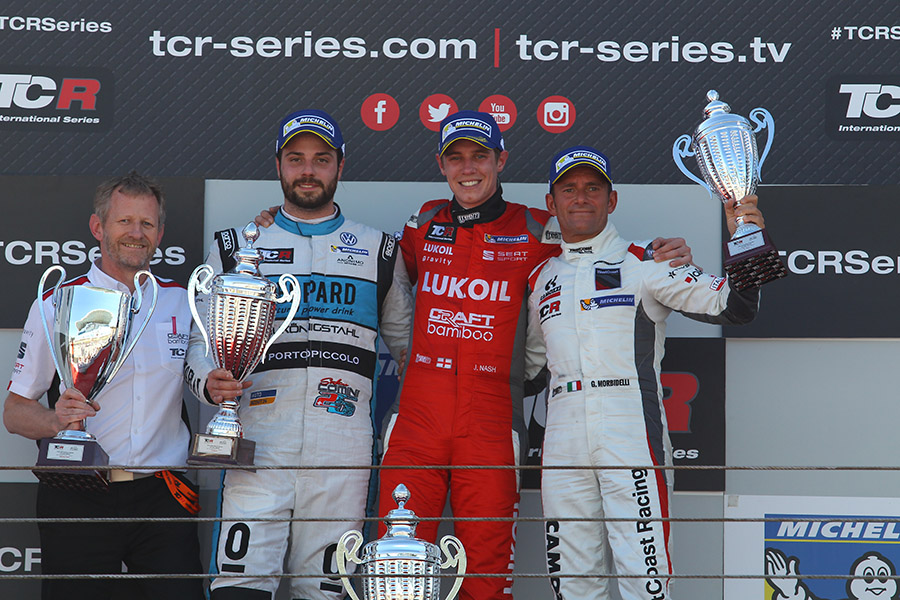 Quotes from the podium finishers in Estoril Race 2

James Nash (winner): “It was probably the best start of the season for me and that helped much. I skipped free practice to save tyres and that allowed me to push quite hard in the first part of the race and build some advantage. It was a stressful gap though, because at the end of the race I struggled with the tyres. Still, everything went well and now I am enjoying a good position in the championship, only one point behind Gianni. Too early to say anything, the championship is still very long and it will be about consistency.”

Stefano Comini (second): “I am second, so climbing another step after third in Race 1, which is good. My start was not very good and I missed the first braking point. After that, I was behind my teammate and could pass him when he did a little mistake in turn 4. There was not much I could do to reduce the gap with Nash, so I did not push too hard, not to kill the tyres, and I went for some heavy points.”

Gianni Morbidelli (third): “It was again a good race, I am happy with the result. I lost some time behind Oriola and I think I was a little bit too hard on my front tyres to try to pass him. After that, I had some understeer and mostly tried to preserve the tyres. Being first in the championship doesn’t mean much, it’s way too early.”