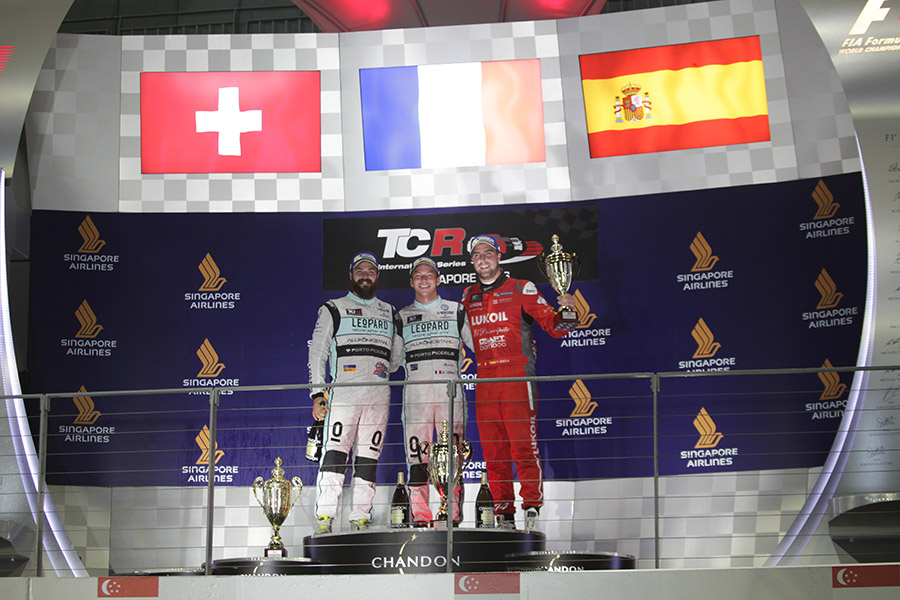 Jean-Karl Vernay (winner): “I am very happy, it was very nice to win here and in this fantastic atmosphere. I knew that the start was going to be crucial and luckily, everything went well. I pulled away nicely in the first laps, trying to stay calm, avoid any mistakes and preserving the tyres. Everything went as planned, and it was great. I was also able to reduce the gap in the championship, I still would prefer to be much closer, but it was a good result anyway.”

Stefano Comini (second): “Second behind my teammate was a very good result, especially for the team. I took again the leadership in the standings, and although this means little, because the gaps are very close, it was good news. As for the race, I wanted to create some chaos and I almost managed to do so, because I saw in my mirrors that Oriola and Homola were going everywhere… It would not have been clever to try to reach Jean-Karl, so I settled for a quiet race and saved new tyres for tomorrow.”

Pepe Oriola (third): “There was nothing I could try against Vernay and Comini, their cars were so much faster, especially on the straights. I could only hope in some mistakes from them, which did not come. The situation in the standings is even closer now, and I am happy with this. We know that everything will be decided in Macau…”