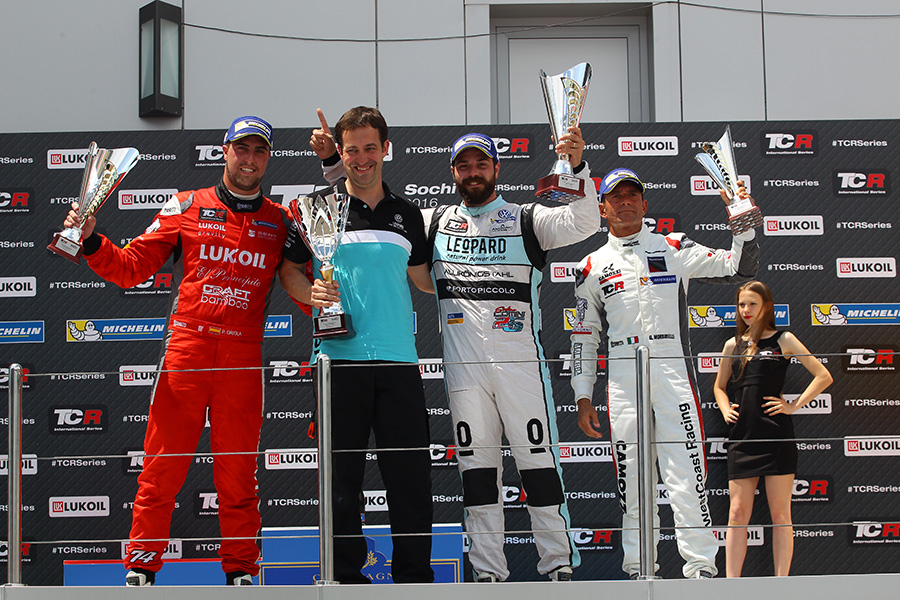 Quotes from the Race 1 podium finishers

Stefano Comini (winner): “I had an excellent weekend and I certainly did not expect to go away from Russia with such a close situation in the standings. I must say the car here was working perfectly. It is the first time I have the feeling that we are exploiting to the fullest the potential of the car. For sure, lowering the height of the car by 10mm helped, but the team also did a fantastic job. Following yesterday’s pole, I really put all my chances on Race 1, so we had four new tyres, and everything went well. I took a good start and focused during the first laps in building a sufficient gap. That’s what happened.”

Pepe Oriola (second): “It was a weekend with two completely different races. P2 in the first one was an excellent result. I took it after a short fight with Gianni (Morbidelli), but there was nothing I could do against Stefano (Comini). Not only is he a very good driver, but this time his car showed great pace. In Race 2, I was aiming at some good points, but had a problem with the steering since the beginning, I couldn’t keep the car straight and turning became more and more difficult, so I preferred to stop. Now the championship is again very open and I think we’ll have a lot of fun in Asia for the final part of the season.”

Gianni Morbidelli (third): “A frustrating weekend and I think we have lost all chances for the championship, despite what the figures say, because the car is just not fast enough. As it happened last year, we had a good start and then we started struggling. Today, third in Race 1 was the maximum we could aim at and in Race 2, when I was fighting for some heavy points, something broke in a suspension…”