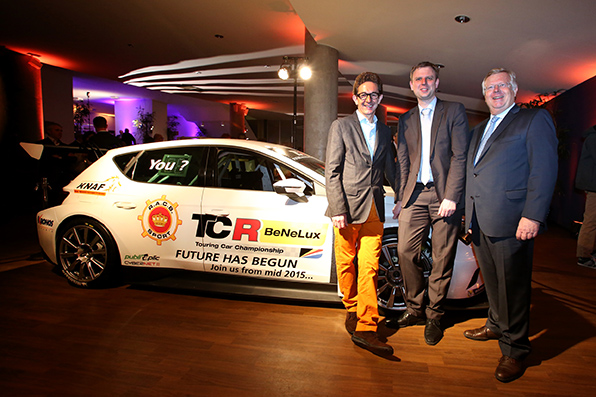 BeNeLux is the latest region to embrace the TCR concept for its Touring Car Championship.
Yesterday at the RACB awards, it was announced that RACB Sport and Kronos Events will work together to stage TCR BeNeLux in 2016.

“Spectacular cars, reliable and financially accessible; these are the three keys of TCR by which we will give a new impetus to national circuit racing from 2016,”said Xavier Schene, the Director General of RACB Sport. “Because TCR cars will race on several fronts, a real market will be created and it should maintain very reasonable costs. The financial aspect of staging the series has led us to pool forces with Netherlands and Luxembourg. This will offer greater potential, larger fields and high profile races. TCR BeNeLux will kick off in 2016, but preparation will start from next year.”

The organization and promotion of TCR BeNeLux Touring Car Championship will be entrusted to Kronos Events.
“We are convinced that TCR will help give new life to circuit competitions,”said Marc Van Dalen and Jean-Pierre Mondron of Kronos Events. “This type of racing car is very close to the normal production model and the regulations have been so carefully conceived that nobody could be dominant. This is good news for young drivers, but also for the more experienced competitors who wish to enjoy the battle on the track. TCR is sure to attract sponsors and different manufacturers.”