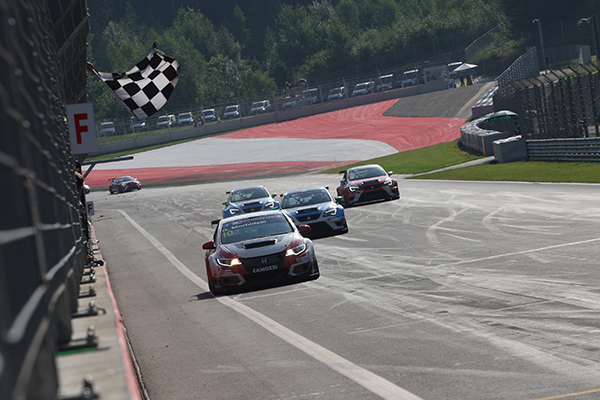 TCR drivers delivered an exciting first race at the Red Bull Ring. Gianni Morbidelli kept his head cool and defeated his main rival in the championship fight at the end of a tough fight.
Comini led for most of the race but could not keep Morbidelli at bay in the final laps; eventually the Swiss went wide and opened the door to the former F1 racer.
Close behind the two duellists, Andrea Belicchi and Pepe Oriola had their own fight for third; Belicchi crossed the finishing line ahead by inches. The first four drivers classified were covered by only 1.2 seconds.
The Volkswagen Golf cars of Mikhail Grachev and Pol Rosell were classified eighth and tenth respectively after an unremarkable race. The two drivers hope to make up for the disappointment starting from the front row of the top-ten reversed grid at 11.40 local time.