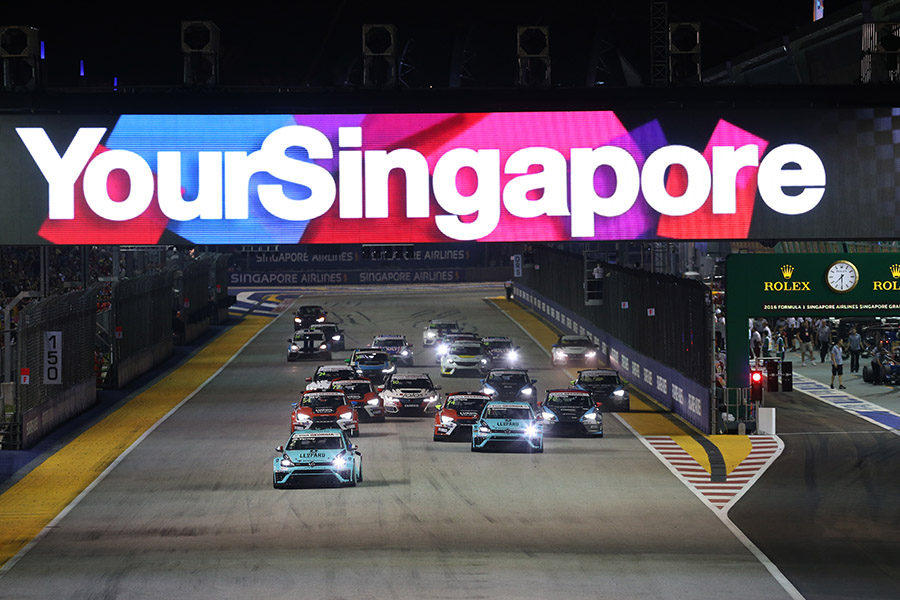 Race 1 – Vernay converts the pole into a victory

Jean-Karl Vernay remained undefeated after two days of track activities at Singapore’s Marina Bay Circuit. After posting the fastest laps in yesterday’s Practice and this afternoon’s Qualifying, the young Frenchman converted his pole position into a brilliant victory during the night race.
Stefano Comini crossed the line second and completed an excellent 1-2 finish for Leopard Racing, while Pepe Oriola successfully defended a crucial third position despite a strong pressure from Mat’o Homola.
James Nash – who was leading the standings before the race – was classified fifth ahead of Sergey Afanasyev.
The victory enabled Vernay to significantly cut his gap in the Drivers’ Championship standings, as he still lies fourth, but only 22 points behind his teammate Comini.
In fact, the Swiss has taken the leadership back ahead of Nash and P. Oriola who are one and two points behind him respectively.
Race 2 will start tomorrow at 15:00 local time, with Mikhail Grachev on pole on the reverse grid