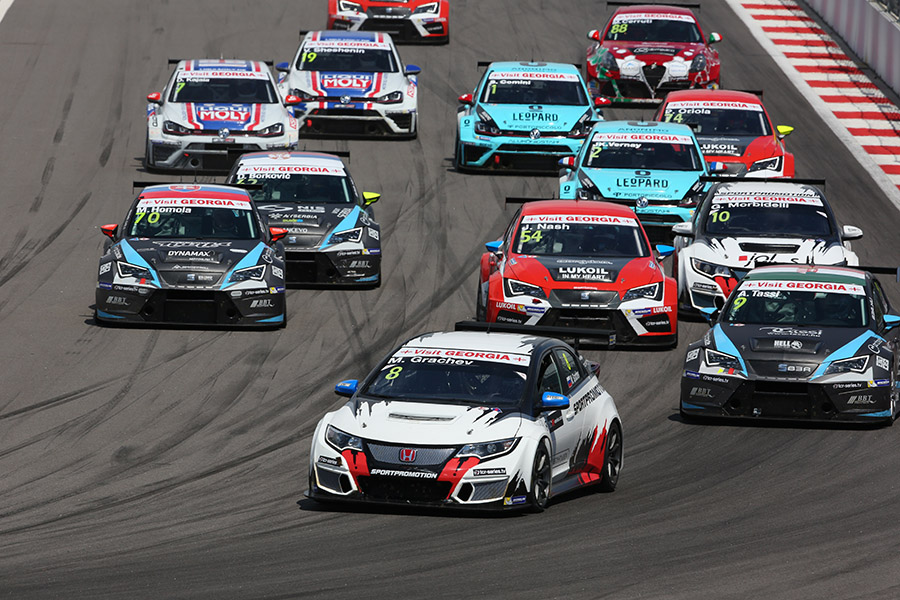 Mikhail Grachev played to perfection his role of local hero and delighted Russian fans with a clear win, his third this season. The driver of the WestCoast Racing Honda Civic took a perfect start from row 2 and kept the leadership until the end on the very track where he conquered, last year, his first TCR podium finish.
Jean-Karl Vernay, in the Leopard Racing Volkswagen Golf, put in a strong performance to take second, right ahead of Attila Tassi. The young Hungarian driver resisted well to the attacks of some much more experienced touring car stars to visit for the first time the TCR podium, to the delight of the B3 Racing Team squad, becoming the youngest ever podium finishers in the International Series.
James Nash was again fourth, ahead of Stefano Comini, but the Brit rounded his weekend by taking the lead in the overall standings, although by only one point on Comini and two on Pepe Oriola, which leaves the fight for the title more open than ever ahead of the final four events in Asia. Other top title contenders had a difficult Race 2, losing heavy points: Oriola retired with a steering issue and Gianni Morbidelli was stopped by a broken suspension on the penultimate lap while he was chasing Tassi.
The championship will resume after the summer break at Buriram, Thailand on 27-28 August.