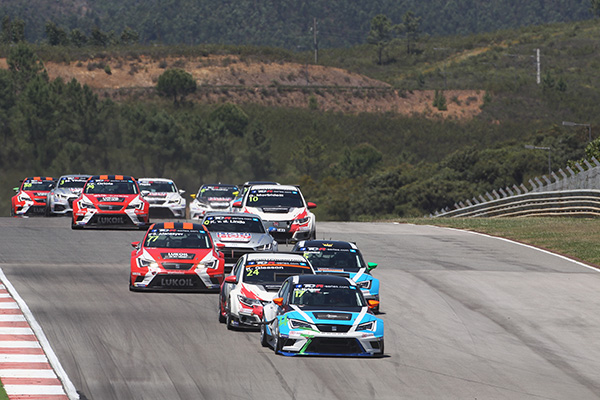 From second on the reversed grid it was the Target Competition SEAT León of Michel Nykjær that crossed the finishing line of Race 2 in the Algarve first. The Dane made a better start than polesitter, Kevin Gleason in the West Coast Racing Honda Civic and stayed out front for all 13 laps. However, he came under huge pressure at around half distance and on lap nine had both Liqui Moly Team Engstler Audi TT cars of Kelvin Van der Linde and Nicki Thiim breathing down his neck. He coped well with the pressure, which then evaporated on laps 10 and 11 when both Thiim and Van der Linde retired respectively.
Despite starting from the back of the grid after Liqui Moly Team Engstler team took his SEAT León out of parc fermé to work on it, Mikhail Grachev finished a brilliant sixth. Championship leader Stefano Comini was looking set to increase his points standings, but then contact with a lap to go saw him drop down the field into 11th. José Monroy again took local honours and finished fifth in his Veloso Motorsport SEAT León.