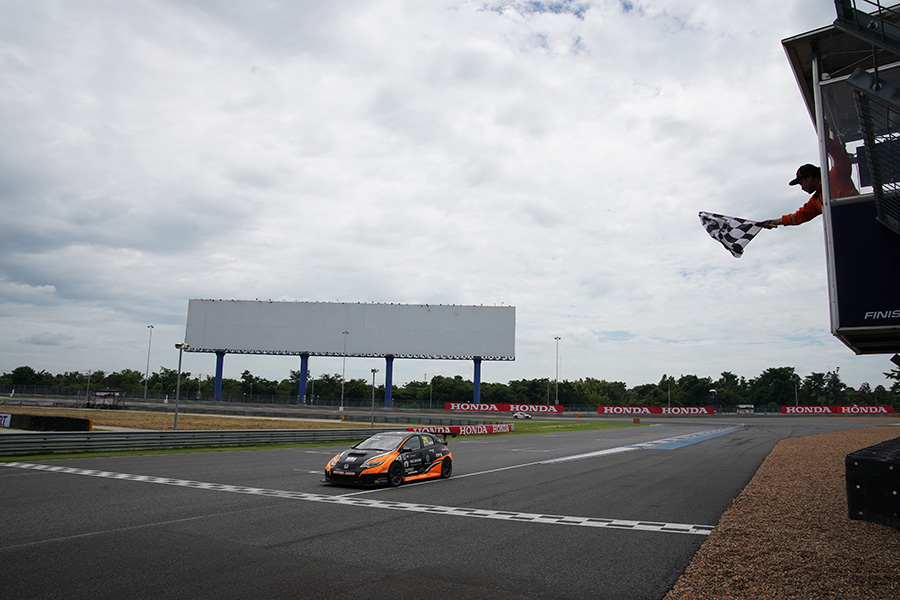 On only his second appearance in the TCR International Series, Aurélien Panis scored his maiden victory at the wheel of the Honda Civic car run by the Boutsen-Ginion Racing.
It was a lights-to-flag victory for the young Frenchman who he took the lead at the start and built a small cushion between himself and Giacomo Altoè who finished second.
It was a result to remember for the Italian teen-ager as well, after he had switched to a M1RA Honda Civic only at the eve of the Thai event.
Despite losing one place to Altoè at the start, Stefano Comini managed to collect a third place that keeps his chances of winning a third consecutive title well alive.
Attila Tassi finished fourth, ahead of Jean-Karl Vernay in fifth and this helped the Hungarian to reclaim the lead in the standings, although only two points ahead of Vernay.
Actually Tassi’s margin could had been larger without a technical failure that stopped Norbert Michelisz on the last lap and prevented him from finishing fifth ahead of Vernay.