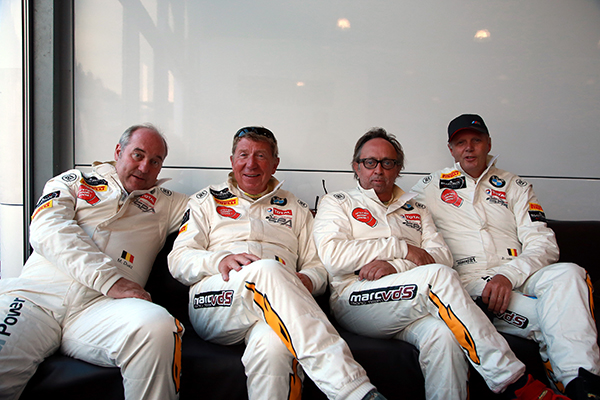 Race Director Marc Duez back on track for a good cause

TCR International Series Race Director Marc Duez is back to real racing this weekend at the 24 Hours of Spa.
The former touring car, sportscar and rally champion is sharing the wheel of a BMW Z4 of the Marc VDS team with three other Belgian motorsports heroes: Eric van de Poele, Jean-Michel Martin and Pascal Witmeur. Together, the four aces sum up no less than 102 starts and 12 overall wins at the Spa 24 Hours, albeit of… 233 years of age!
Their comeback is only for the good cause: to support the fight against cancer. The “Racing against cancer” project was initiated by Witmeur who, recently, faced himself the fight against the illness. Given their “retired” status, the four drivers will have a quite light programme: each will race for 24 minutes only, with the four stints of the #240 car taking place at the most visible moments of the race. The rest of the time, Duez and his companions will take part in the awareness and fund raising activities foreseen at the track and hosting various groups of children currently in treatment that have been invited to the 24 Hours.

In the picture, courtesy of Georges Decoster, from left: Duez, Martin, Witmeur and van de Poele.